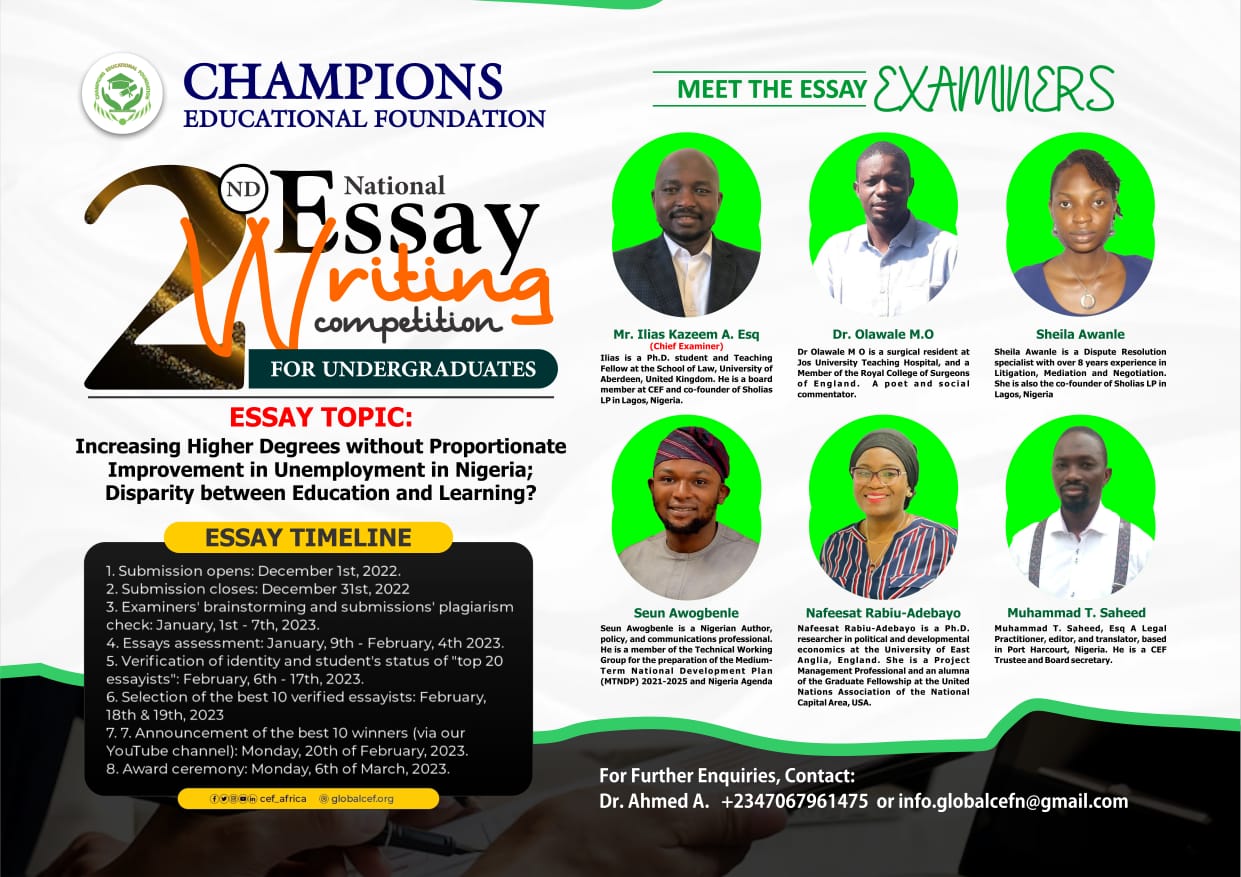 The Champions’ Educational Foundation(CEF) on Tuesday, January 2023 announced its decision to retain all of last year’s examiners for the 2022/2023 National Essay Writing Competition.

We received about 100 well-researched essays between the 1st and 31st of December, 2022 which are set to be assessed by the examiners. Following this, the best entries will be announced via our YouTube and other social media channels on the 20th of February, 2023.

These examiners were carefully selected based on their enviable credentials, national relevance, professional credibility, proven record of excellence, and most importantly their youthfulness.