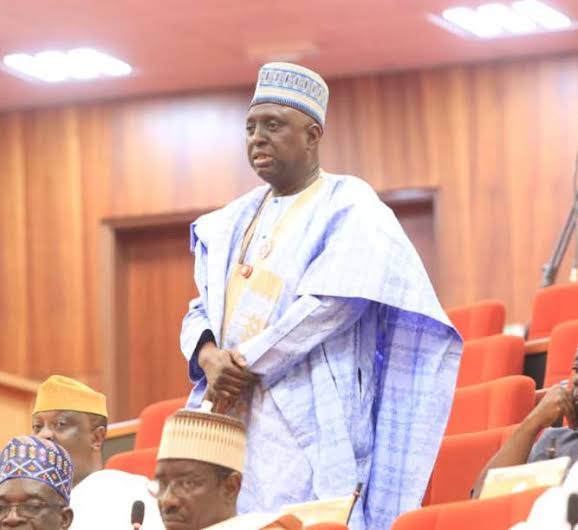 On the 6th of January 2023, the Nigerian President, Muhammadu Buhari (GCFR) signed the Mental Health Bill, 2020, sponsored by the senator representing Kwara central senatorial district, Dr. Ibrahim Yahaya Oloriegbe, into law. Although long overdue, this is a commendable and milestone development that should transform the state of mental healthcare, and indeed general healthcare in Nigeria, if implemented effectively.

This development means that The Lunacy Act, 1958 (captured as Nigeria Law in 1964) is repealed and Nigeria has joined few other African countries to update her mental health law to meet current regional and international standard and aligns with human right. The Lunacy Act is the law that empowered medical practitioners and magistrates to detain and monitor people with mental illness in an asylum, a law made by the British colonials before our independence as it was the common practice at the time. One would wonder why it took us so long to change the legislation, why we allowed the archaic law to remain for more than 6 decades. It must be stated at this point though, that there had been efforts made in the past towards improving the state of mental health care in the country but often gained poor support in the National Assembly. For example, The Mental Health Bill was put forward in 2003, and the National Policy for Mental Health Services Delivery in 2013, but both did not gain enough attention. It is therefore not surprising that there is inadequate funding of mental healthcare, pervasive poor understanding and stereotypes about mental illness, geometric increase in the misuse of substances among youths, and that mental healthcare is in a terribly sorry state in Nigeria, where over 60 million people suffer from various forms of mental illnesses.

Effective and proper implementation of this Act will no doubt be a paradigm shift in the narrative of mental healthcare and place us in the right direction towards solving many of such related issues, especially poor funding, infrastructure, and personnel, high prevalent stereotypes/misunderstanding among citizens, and increasing misuse of substances among youths, which is a looming disaster. By effective implementation, I am hoping that this bill will not join the many other brilliant and commendable bills that have been passed into law in the past that will only be brilliant on paper but reside on the cabinet in the President’s office without having any meaningful impact to an average citizen. I am hoping that the department and committee established would not only add to the several MDAs that only duplicate functions, contribute to increase cost of governance, and serve to only enrich some few minorities, but that merit and competence (not politics) will be considered in the set-up and that they will serve their objectives. I am hoping that there will be proper monitoring and evaluation of the performance of the Act and funds appropriated/donated for its activities, and not business as usual where no one look back to appraise. I am hoping that the effect of the Act will be felt across the length and breadth of the country, and it would not be another ‘paper policy’.

As an indigene of Ilorin who belonged to the Kwara central senatorial district, I am proud to have been represented by Sen. Ibrahim Yahaya Oloriegbe in the 9th National Assembly. I am proud because he has discharged the responsibilities expected of a legislator, especially one serving as the Chairman at Senate Committee on Health (Secondary and Tertiary) and Vice chairman at Diaspora and NGOs Committee.

He has sponsored and co-sponsored many bills of huge significance, apart from this one, noting that the Mental Health Act, 2020 is only one of four of his bills that has been signed into law by the President during his four years in the upper chamber, a feat deserving of praise by all standards. He sponsored the National Health Act (Amendment) Bill, 2020; the amendment aims to provide for civil society participation in the National Council for Health, reviewed the funding of the Basic Health Care Provision Fund (BHCPF) forward, from 1% to 2% of Consolidated Revenue Fund, and provide funding for emergency services (introduces the National Emergency Medical Services and Ambulance system) and health security. He also sponsored the Companies and Allied Matters Act (CAMA) 2020 Amendment Bill (SB. 904), a bill for the Establishment of Federal University of Medical Sciences and Biomedical Technology in six geo-political zones (SB. 678), and a bill to Establish the Health Education Practitioners Registration Board of Nigeria and for matters connected therewith, 2022 (SB. 299), among others. This is an extraordinary performance from a first timer in the Senate, thanks to his experience as a member of the Kwara house of assembly (1999-2003).

It is rather unfortunate, not for him but the current political landscape, that a legislator as successful as this will not be returning, losing at the primary election, a political calculation that in my opinion is not in the best interest of our dear Kwara state. It is high time Kwara’s young elites woke from their slumber and be actively involved in the governance process because selfish political calculations and decisions by our politicians have been the trend for a long time and this is no way to development.

Ahmed is an Ilorin-born ECFMG-Certified Medical doctor currently practicing in the UK, founder of Champions Educational Foundation – CEF (an NGO based in Ilorin), and a keen advocate for youth and community development.
Email: [email protected]