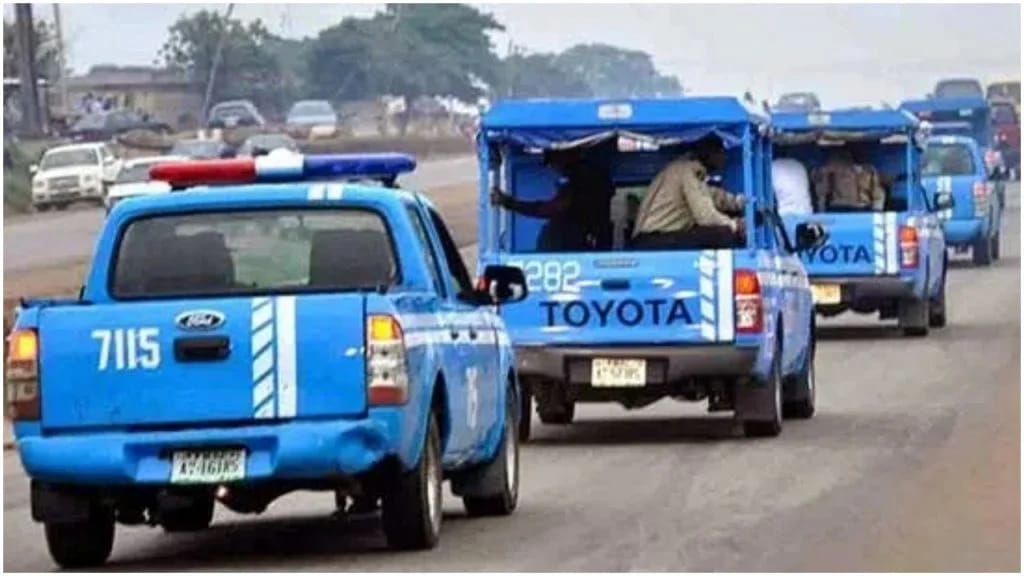 An accident involving a commercial bus on the Lagos-Ibadan Expressway on Tuesday has claimed 10 lives and injured six others.The Federal Road Safety Corps (FRSC) Sector Commander in Oyo State, Joshua Adekanye, confirmed this in an interview on Tuesday in Ibadan.Adekanye said the lone accident which happened around 6.30am on Tuesday around the Guru Mahajji area, involved a commercial bus with registration number TRK 135 ZY and a hit-and-run truck carrying a container.He said the commercial bus which was travelling overnight from Malumfashi, Katsina State, suddenly came across the truck carrying a container that was driving against traffic.Adekanye said to avoid the truck, the bus hit the container and fell into a ditch resulting in the death of 10 persons and injuring six others while the truck ran away.He said the total number of people involved in the accident were 18, comprising 17 male adults and a male child.“People killed in the accident are 10 male adults.“People injured are six, including five male adults and one male child, while two adult males were unhurt,” he said.The sector commander said the injured persons have been taken to Ibadan Central Hospital for medical attention while the dead have been deposited at the Adeoyo Hospital morgue

Related Topics:10 die in Lagos-Ibadan Expressway auto crash
Up Next

Despite a new bridge, the Niger River crossing remains congested