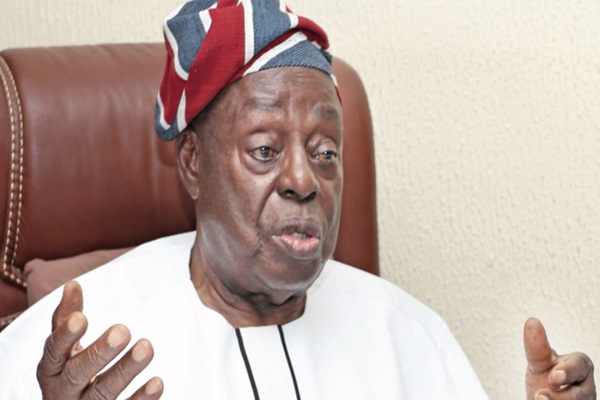 He said if the government will adopt the principles, the security situation in the country will change for the better.

Aare Babalola made the principles known in his lecture at the 15th anniversary and stakeholders forum of Radio Nigeria Amuludun FM, Moniya, Ibadan, Oyo State capital.

The title of the lecture was: “Insecurity: Threat to Nigeria’s democracy: 2023 General elections in view”.

According to the legal luminary, who was represented by Barrister Chukwudi Maduka, the ten principles that will guarantee a change include: true federalism, constitutional restructuring, making politics unattractive and introduction of six-year single term for the office of President and Governors.

The list also include: reform of electoral body, clear ideology of political parties, population control among others, adding that if the principles are favourably considered and implemented, insecurity challenges will end in the country.

Chairman of the occasion, who is CEO of Foreign Links Insistitute, Dr. Fola Akinosun advocated introduction of regional government to enable Nigerians enjoy dividends of democracy, especially at the grassroots.

Akinosun, who advocated for state police, said it would make it easy to reduce insecurity, banditry and all forms of criminal acts experienced in the country.