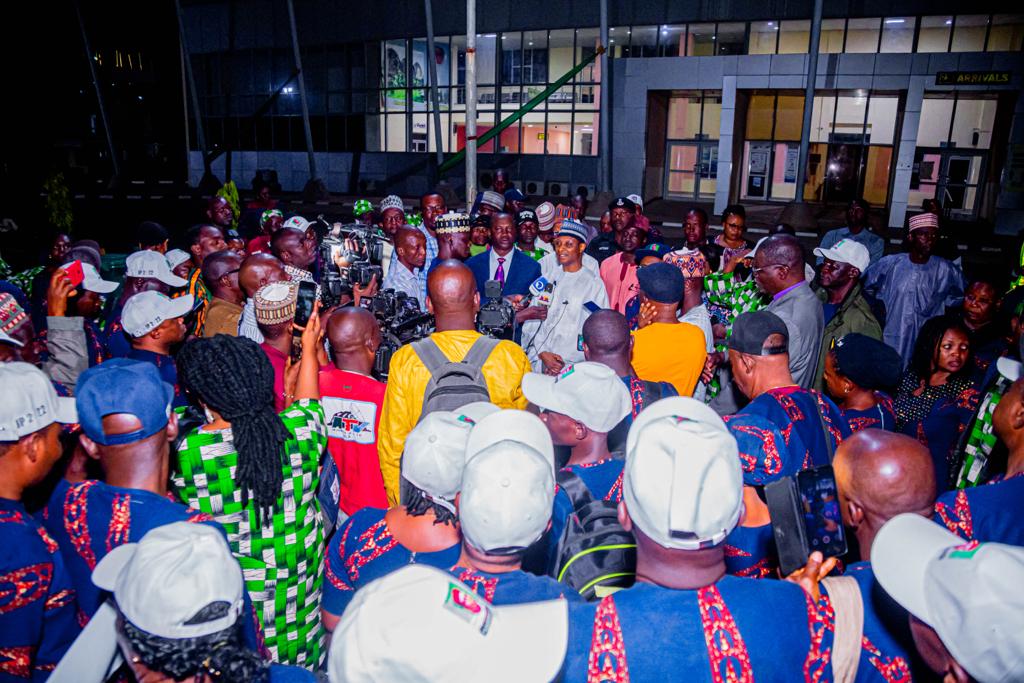 The Nigerian Christian Pilgrim Commission, NCPC has airlifted about 280 intending Christian Pilgrims of Taraba and Gombe States from the Yola International Airport on Tuesday to Israel and Jordan.

Addressing the intending pilgrims at the Yola International Airport before their departure, NCPC Executive Secretary, Yakubu Pam, expressed delight that this was the first time pilgrims would be airlifted directly to the Holy Land since his assumption of office in 2020.

Pam commended the Executive Governor of Taraba State, Darius Ishaiku for sponsoring the number of Christians to the Holy land despite all odds.

He described Gov Ishiaku as a Pilgrimage friendly governor who has eloquent testimonies of the benefits of Christian Pilgrimage in his life.

Pam also applauded the Executive Governor of Gombe State, Muhammadu Inuwa Yahaya for supporting the Christians in the state to embark on a Holy Pilgrimage at a time like this.

He explained that though being a Moslem, the Governor saw the need to sponsor Christians so that they could go to the Holy land to pray.

The NCPC boss admonished the intending pilgrims to be good ambassadors of Nigeria while in the Holy land.

According to him, “We are concerned about the image of Nigeria during Pilgrimage and as such you should conduct yourself decently while on Pilgrimage.”

He further said outside the country the image of Nigeria is what matters and not the image of any pilgrim or state.

Related Topics:2022 Pilgrimage: NCPC airlifts over 250 Christians from TarabaGombe
Up Next