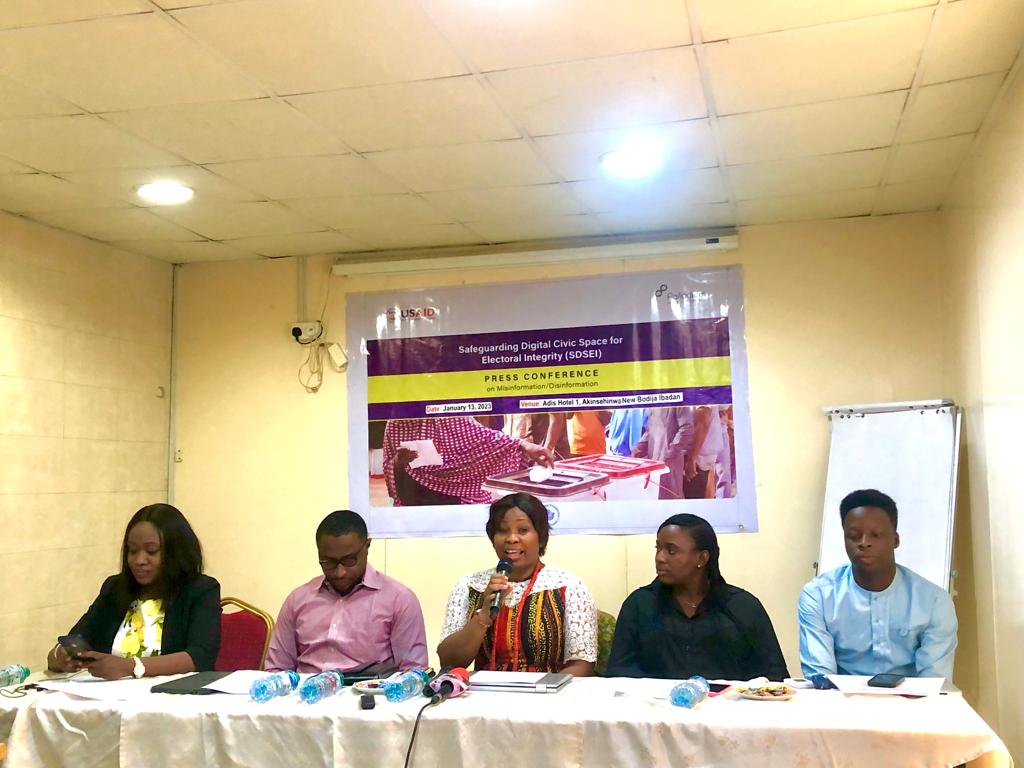 Food Basket Foundation International, FBFI, has said that it has concluded plans to train and deploy no fewer than 108 fact checkers ahead of the 2023 general elections.

FBFI noted that the decision was taken to curb the menace of misinformation and disinformation before, during and after the elections.

The Chief Executive Officer of FBFI, Dr Funke Akinyele made these disclosures while addressing a press conference on voter misinformation/disinformation in Ibadan, the Oyo State capital on Friday.

Akinyele explained that the media briefing was part of the humanitarian efforts to safeguard the digital civic space for electoral integrity, before, during and after the 2023 general elections.

She added that to ensure transparency in the elections, the group has decided to train and deploy the 108 across the 36 states of the federation.

She further explained that the integrity of the 2023 general elections will determine the future of Nigeria as an indivisible country.

She added that all hands must be on deck to ensure free, fair and credible elections.

“In the spirit of transparency, 108 fact checkers will be trained, three people in each of the states. The people that will ensure that things are done correctly. People between 18 and 50 years. Everything will be done online. We are very much interested in journalists,” she stated