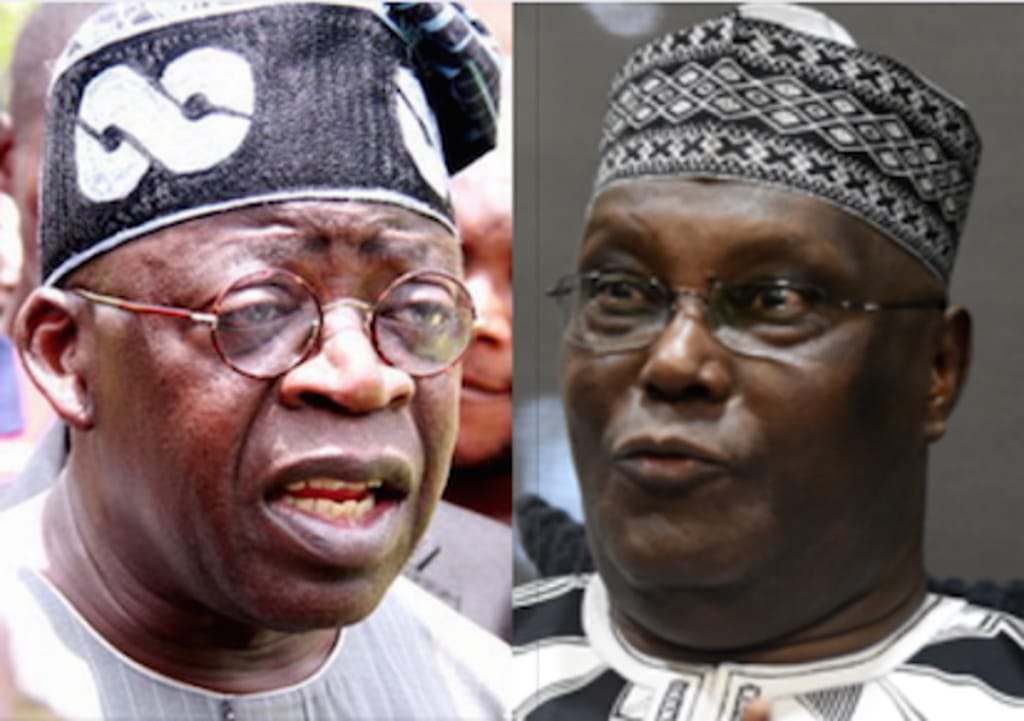 As the 2023 election steaming, the Atiku Abubakar/Ifeanyi Okowa Presidential Campaign has dismissed Bola Tinubu’s calls and allegations against the Peoples Democratic Party (PDP) candidate as “simulated allegations” and attempts to divert public attention from the issues affecting Nigerians.

TrackNews Media gathered from the PDP’s reaction which contained in a statement signed by its National Publicity Secretary, Debo Ologunagba on Monday.

It said Tinubu, candidate of the APC for the 2023 presidential election, has no moral right to demand that Atiku should be arrested or prosecuted.

“It is indeed ironic that an embattled Tinubu, who is beleaguered by uncountable cases of fraudulent activities, including perjury, forgery, treasury looting, corruption and narcotic-related conviction can attempt to impugn on the unimpeachable integrity of the PDP Presidential Candidate.

“In contrast, however, the APC Presidential Candidate has a litany of confirmed legal impediments on very grave issues including those that border on international crime, namely; trafficking in narcotics and taking proceeds of narcotics,” the PDP’s statement partly reads.

Advertisement
Related Topics:2023: PDP fires Tinubu after demand for Atiku’s arrest
Up Next