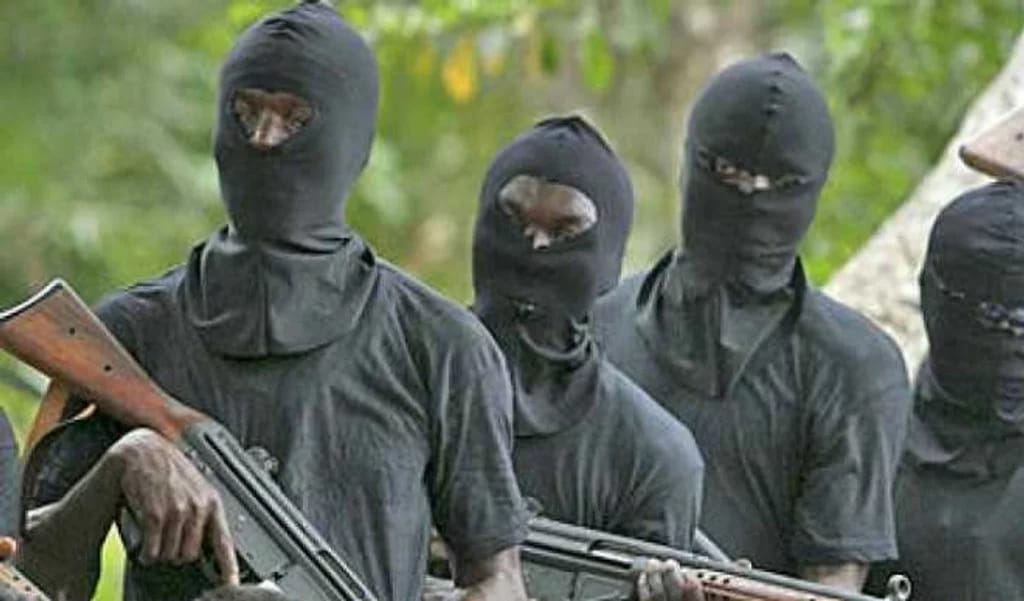 Five weeks to the February presidential election, palpable fear has gripped electorates in some parts of the country over the renewed attacks by the daredevil unknown gunmen wreaking havoc in the Southeast and the bandits causing mayhem in other parts of the nation.

There have been several deadly attacks by gunmen in many parts of the country in the last few days, as the assailants continue to disrupt political activities and kill unsuspecting citizens.

Track News recalls that several passengers were on January 8 abducted from a train station in the Igueben Local Government Area of Edo State by gunmen.

The gunmen attacked the victims while they were waiting to board a train heading to Warri in Delta State.

The development came a few hours after a similar incident in Imo State which led to the killing of a local security man and destruction of properties belonging to the commission.

It could be recalled that armed men dressed in Eastern Security Network, ESN, regalia, on January 15, stormed the INEC Office at Ahiazu Local Government Secretariat in search of staff distributing PVCs but later killed a security guard.

This is even as gunmen suspected to be Fulani herdsmen invaded the Abagana community in Makurdi, the Benue State capital killing at least nine persons.

Entire members of a family of six were all whipped out in the unfortunate attack which occurred near an Internally Displaced Persons, IDPs camp. Two of the nine victims were said to be IDPs

It was gathered that the APC members were seated for the meeting when the armed men invaded the venue and opened fire on the participants, killing two, while others were seriously injured