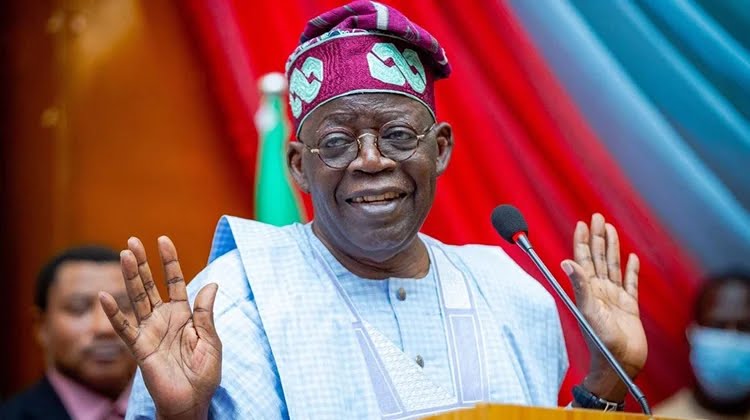 Bola Ahmed Tinubu, the All Progressives Congress (APC) presidential candidate, is scheduled to meet with miners and other mining stakeholders in Lafia, the capital of Nasarawa State.
According to Track News, the APC Presidential Campaign Council’s Director of Media and Publicity, Bayo Onanuga, made the announcement in a statement on Wednesday.

He stated that Tinubu will attend a town hall meeting with miners and other critical stakeholders in the sector as part of his ongoing strategic engagement with key players in the economy.

According to Onanuga, the meeting is necessary because Nasarawa is a major mining hub for many solid minerals in the country.

He stated that Tinubu will implement his policy document’s plan to make mining a major component of Nigeria’s economic diversification agenda.

“At the meeting, Tinubu will lay out his plan to make mining a major pillar of Nigeria’s economic diversification agenda, as outlined in his policy document titled ‘Action Plan for a Better Nigeria.’”

In the run-up to the 2023 presidential election, the APC candidate has been pitching his platform to various stakeholders across the country.

He began with a meeting with the business community in Lagos, where he was joined by Aliko Dangote, Tony Elumelu, Jim Ovia, Aigboje Aig-Imoukhuede, Herbert Wigwe, and other top executives.

Tinubu met with farmers and agro-commodity traders in Minna, Niger State, on Monday, where he shared his action plan for agricultural transformation.

Advertisement
Related Topics:2023: Tinubu to Meet MinersOther Stakeholders in Nasarawa
Up Next

Delta residents claim the Ogbe-Ijoh community is planning an attack with mercenaries.

2023: Tinubu to Meet Miners, Other Stakeholders in Nasarawa