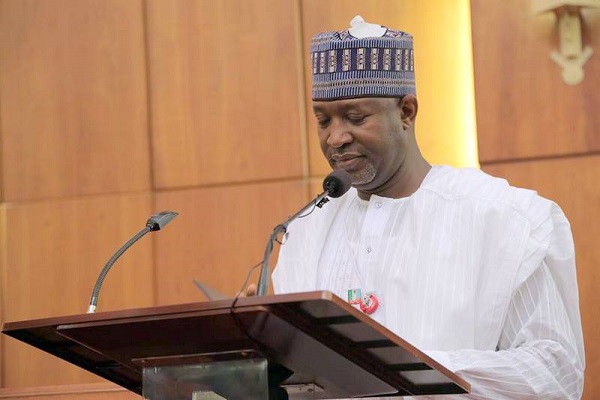 No less than $350 million is required for takeoff of the proposed national carrier, Nigeria Air.

Sirika explained that 46 per cent of the total fund would be from Nigerian investors (MRS and SAHCO) while the remaining 49 per cent would be provided by Ethiopian Airline Consortium.

The minister also called on foreign airlines whose funds are trapped in Nigeria to show more respect and understanding rather than issuing threats.

He smoke during the presentation of the scorecard of President Muhammadu Buhari’s administration on aviation.

The minister said the aviation roadmap of the Buhari administration, which is above 90 per cent level, would be completed April next year.

Sirika listed the components of the roadmap as airport concession, maintenance, repair and overhaul workshop and the floating of the national carrier amongst others.

He said: “We said the government has no business in business and we saw it in Nigeria Airways. It went down simply because of governance, issue of free tickets and attitude of nobody owns it because everybody owns it. We need some shoulders for the government to lean on. So, in this new carrier, Nigerian government will get five percent.

“The five percent is for all the 215million people because government has no business in business and cannot run it. That is the truth. About 46 percent of the equity in the airline will be for Nigerian Institutional investors who are interested in it. When you add it together, you have 51 percent for Nigerians. This is on purpose and it is deliberate so that we can have controlling shares.

”Even the five per cent of the government can be sold later once we are on our ground. The equity partner and investors will now invest 49 percent. So, Ethiopian Airline (ET) and other consortium will come and invest.

”The total for now is $350million to start the airline. So, Ethiopian Airline is expected to bring 49per cent of $350million and the rest five per cent, which is about $17.5million is for Nigerian government and the remaining 46 percent will be for the Nigerian institutional investors.”

He clarified that Ethiopian Airline won the bid for national carrier on merit.

Sirika said: “We did bidders conference and 100 entities participated including local airlines. At that time, I told the local airlines that I don’t care how it is set but it must be done in the right sense and we are inviting you to come and invest.

”I told them that we can do it together because the way they were doing it cannot work. Quantum of money, knowledge, skills is needed to do it and so they need to partner with us. The banks in Nigeria could not give N1billion loan at some point but now they can because they consolidated. So, we asked them to consolidate but they did not.

”In this process, requests for proposals were advertised in all the national dailies and even the Economist. We also had six stakeholder conferences where we asked them to come and invest. Therefore, the world was aware.

‘What happened on the deadline was that some airlines asked us to extend so that they can come. We extended because the request was popular. When we extended, on the day of closure, some came late after it had been ruled and Ethiopian Airline was he only one that responded quickly and at 11:00 they ruled.”

The minister said the choice of Ethiopian Airline was the best thing that has happened to Nigeria.

He added: “Whether you like it or you don’t like it, an airline to answer its name and serve over 200million people and at the same time Africa must co-share, must associate, must partner with the foreign airline no matter where it is.

On the foreign carriers and their threat to withdraw from Nigeria, he said they did not keep faith with Buhari administration.

His words: “There is what is called Bilateral Air Service Agreement (BASA) and there is Multilateral Air Service Agreement when it involves more than two. In this BASA, we have signed that once you go and make business in the country, you are permitted to remove the internal cost and the rest, you remit unhindered. And there is reciprocity in this. So, if Air Peace or Max Air goes to do business in the Gambia or London, once they take out their cost there, then they must repatriate the money into Nigeria.

”When we came in 2015, we had $480million trapped in Nigeria for all these airlines. I went to Mr. President to explain that we are duty-bound by law to give these people their money. We were in recession but I said that we should find a way to pay them. Even in recession, the President approved and funds were given to them.

”This demonstrated that Buhari is committed to the agreement and he respects them. Again, Nigeria went into another recession. There were challenges from importation, insecurity, COVID-19 drained and took the income out. We entered into a precarious situation. One would have thought that since Buhari has demonstrated that his government is responsible and had paid what he met, they will show understanding.

”Now that we are facing challenges and we have promised, we told them that we will be paying in phases. In fact, the CBN Governor said we will pay before the end of December. We expected that they would believe and trust us because we have mutual benefits rather than issue threats of ban and others. “Please, honestly, we need their service because we don’t have our own but honestly, they need our market more.

”We are over 200 million people and some of them are 10 million. So, they need our market and so, they should give us some allowance, some respect, honour as a sovereign state. These things can be mutually understood and gradually. We will pay because we have demonstrated that we can pay. So, we are appealing to them to give some bits of respect as a sovereign nation and understand our peculiarities and our problems.

On the roadmap, the minister said: “By April 2023, all the roadmap will be 100per cent completed. They are about 90 percent complete right now but I can assure you that they will be ready.

“With the successful implementation of the roadmap projects, our overall goal is to grow the Aviation sector contribution from the current 0.6 to 5per cent which is approximately $14.166 billion. If the roadmap is completed, it will create 72,300 direct and indirect jobs.”

Pay taxes to us – Soludo begs Anambra indigenes in other states