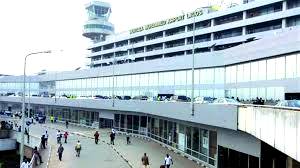 Passengers traveling into and out of Nigeria may face significant delays in the coming days.

This follows threats from various aviation unions to close airports across the country in response to the Federal Government’s decision to demolish the former headquarters buildings of the Federal Airports Authority of Nigeria, FAAN, Nigeria Airspace Management Agency, NAMA, and Nigeria Civil Aviation Authority, NCAA in Lagos.

The unions condemned the demolition, claiming that it was ill-timed and suspicious at a time when the country was preparing for elections.

According to Vanguard, Aviation World, the Minister of Aviation, Senator Hadi Sirika, has stated that the buildings will be demolished to make way for the proposed aerotropolis.

The move, according to the Minister, was in line with the airport cities project outlined in the aviation development roadmap.

Aerotropolis is a metropolitan subregion centered on an airport in terms of infrastructure, land use, and economy.

However, aviation unions have urged the Minister of Aviation to postpone his plan to demolish the FAAN, NAMA, and NCAA headquarters in Lagos until proper evaluation, planning, and timing are completed.

“We consider that this plan, in the name of the so-called aerotropolis, is ill intended, ill advised, and wrongly timed,” said Ahmed Danjuma, Chairman, ATSSSAN, FAAN branch. We hereby serve notice that any attempt to demolish any of these buildings at this time will be met with an immediate cessation of work at all Nigerian airports, accompanied by nationwide public demonstrations.

“We demand an immediate review of the MMA2 Concession operated by Bi-Courtney Aviation.” The continuation of this concession without a valid agreement with FAAN, as well as the concessionaire’s unending unilateral changes to the concession period without challenge, is clear evidence that those in power care little about national interest. Our unions will begin our opposition to the current opaque exercise by declaring operation occupy of the MMA2 with the NLC, TUC, and Civil Society.”

“If there must be Aerotropolis at the MMA, it cannot be within but outside the Airport but around the surroundings, which were identified about five years ago at areas and lands owned by FAAN at Egbeda, Akowonjo, Shasha, Ejigbo, and others all around the Airport.”

“What we need to ask from them is to take government Administration officials, not FAAN and NAMA officials, to their headquarters buildings as the appropriate areas for Aerotropolis.”

“In addition, has the NCAA approved such development within the Airports because the… that the Nigerian Civil Aviation Authority (NCAA) National Civil Aviation Security Programme, NCASP, provides for the NCAA’s approval on the design, reconstruction, or construction of any structure within the airport area.” I am a witness to the oversight compliance on the MM2 construction from design to completion.”

Similarly, while criticizing the demolition plan, aviation analyst Olumide Ohunayo described it as a ploy for a much larger agenda.

He advised the Minister to take the aerotropolis construction plan to Abuja, where he claims 12,000 acres of unused land.

“Also, the asset there can be converted to other commercial uses rather than being demolished.” We have already given the airport authority in Abuja 12,000 acres. Why don’t they start the aerotropolis there and see how it goes before moving on to a more developed area? I believe it is an inappropriate decision, and I am confident that the union would vigorously oppose the demolition of all those properties.

“We demolished an international airport to make way for the expansion of a terminal that was built in an unsuitable location.” That was poor planning that landed us in an underutilized terminal. We cannot make progress while making mistakes. We need to take a breeder and let some commercial sales and other important industry perspectives run their course.

“The airport is becoming increasingly congested, and with the limited space available for other activities within the airport, you want to aerotropolis it.” You have an airport for which you are supposed to pay loans, but major airlines are unable to use it due to airstrikes. They continue to demolish. “Why aren’t we following the airport’s master plan?”

Meanwhile, workers from affected agencies in Lagos chanted solidarity songs and carried placards with various inscriptions in protest of the development.

The placards read, among other things, “Demolition of Aviation Headquarters Must Be Resisted; MM2 is an example of a bad concession; concession is against Nigeria’s interest No, No, No;”

Attempts to contact FAAN’s spokesperson, Mrs Faithful Hope-Ivbaze, were futile because she refused to respond to our correspondent.

Related Topics:Aerotropolis: Aviation unions threaten to close airports across the country.
Up Next