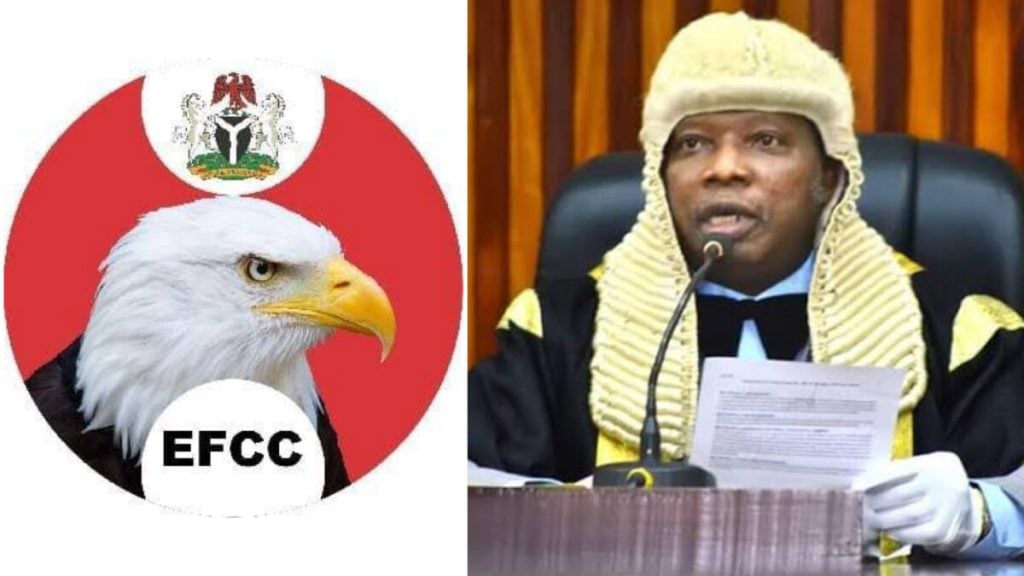 The Federal High Court sitting in Abeokuta, Ogun State, could not hear a fraud case between the Speaker of the Ogun State House of Assembly, Olakunle Oluomo; and the Economic and Financial Crimes Commission, EFCC.

Track News learnt this was because the judge, Justice Joyce Abdulmalik, is slightly indisposed.

Though in her chambers within the court, Justice Abdulmalik could not appear in the courtroom to hear the fraud case involving the Speaker.

Our correspondent reports that Oluomo arrived at the court premises around 8:45 am, a few minutes after lawyers of the EFCC had arrived.

The former Deputy Speaker, Dare Kadiri, was also in court, but they all left when court officials told them that the case had been adjourned till March 29 and 30, 2023, having waited for more than one hour inside the court.

Track News reliably gathered that the judge could not appear in the courtroom because “she is ill.”

Therefore, Justice Abdulmalik invited counsels to her chambers to brief them about the development while picking convenient dates for the next adjournment.

This is the second time the court would adjourn the case after it was transferred from Lagos to Ogun State.

The EFCC had in September 2022 arrested and later arraigned Oluomo for allegedly diverting N2.5 billion belonging to the Assembly, in suit no: FHC/AB/61C/2022

Make Nigeria envy of other nations, work as one – NCPC Pam to Christians