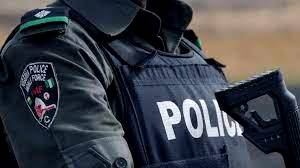 The FCT Police Command announced on Tuesday night that an investigation into the circumstances surrounding the death of a woman discovered in a bush with a two-year-old toddler at Souka community along Airport Road in Abuja had begun.

According to sources familiar with the baby’s recovery, an empty bottle of insecticide was discovered beside her corpse in the bush on Monday, raising the possibility that the unnamed woman committed suicide.

When contacted, FCT Police Command DSP Josephine Adeh stated that the police cannot assume the woman drank sniper and that an autopsy will be performed to determine the true cause of her death.

“I can confirm that this case was reported to our Iddo division.” The body was taken to the University of Abuja Teaching Hospital morgue. “Police are holding the child, and efforts are being made to locate the woman’s relatives,” she said.

According to sources, the woman’s body was discovered when passers-by heard her baby crying in a nearby bush.

“The dead body of a middle-aged woman was discovered in the bush after the location/voice of the crying baby was tracked down.” This happened on Monday evening. A young girl of two years old sobbed beside her.

“Before an alarm was raised, her continuous cry drew passers-by to the scene of the incident.”

“When they arrived, an empty bottle of insecticide was found by her side, and her body smelled strongly of insecticide.” She was discovered to be a stranger in the area, and no one knows what drove her to do so.”

Advertisement
Related Topics:An alleged suicide victim discovered in the woods will be autopsied by police
Up Next