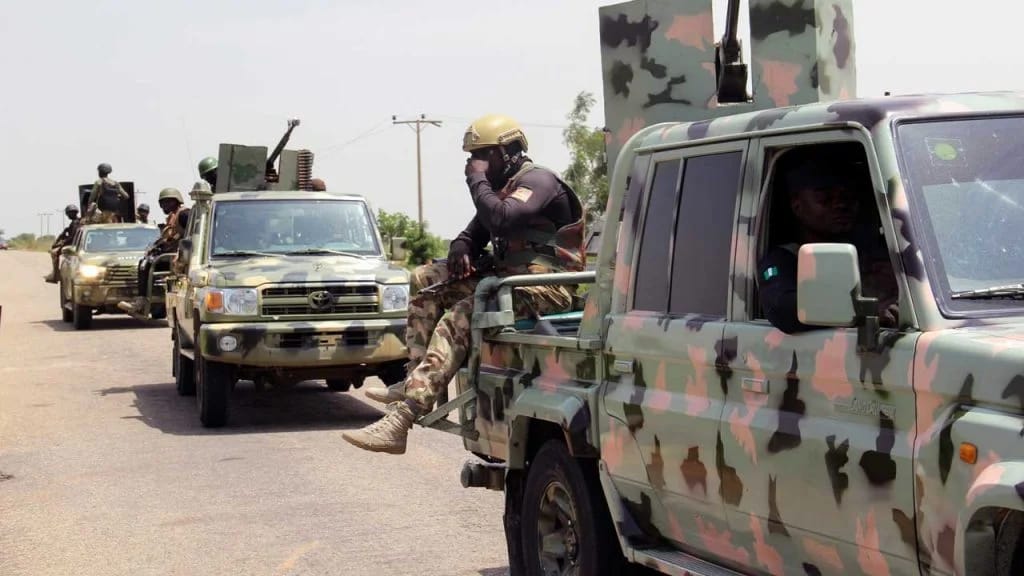 The Nigerian military have deployed troops at entry and exit points in Anambra State, particularly in and around Onitsha.

The soldiers are searching vehicles and combing locations after unknown gunmen abducted an operative of the Nigerian Navy.

Lieutenant IS Ozuowa was kidnapped at about 6:30 p.m. on Sunday alongside civilians, whose number is yet to be ascertained.

The officer was released on last Friday to attend his Long Course programme.

A military personnel confirmed Ozuowa and others were ambushed at the Upper Iweka area in Onitsha.

“Own Quick Response Force (QRF) was deployed immediately. Efforts are ongoing to rescue the officer”, the source told PRNigeria.

At incident time, Ozuowa sent a distress message to Slt Bomadi, the Base Operations Officer of Naval Outpost (NOP) Onitsha.