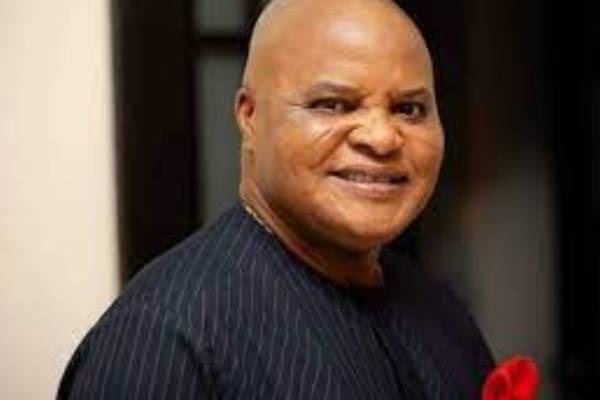 A former member of the Senate Ifeanyi Ararume has asked a Federal High Court in Abuja to reverse President Muhammadu Buhari’s withdrawal of his appointment as a non-Executive Chairman of the Nigerian National Petroleum Company Ltd (NNPCL).

The request forms part of the reliefs being sought in his suit marked: FHC/ABJ/CS/691/2022, with President Buhari and NNPCL listed as defendants.

Ararume stated, in a supporting affidavit that Buhari approved his appointment on October 20, 2021 which was communicated to him via a letter with reference No. SGF. 3/VII/43, dated the same day and signed by the Secretary to the Government of the Federation (AGF).

He added that by the appointment, he became pioneer Chairman of the Board of the newly incorporated NNPC Ltd, for an initial term of five years in accordance with the provisions of Section 59(2Xa) of the Petroleum Industry Act, 2021,

Ararume added: “My tenure of office is for five years, commencing from the 21st day of September 2021.

“I immediately assumed duty as the Non Executive Chairman of the 2nd defendant on the 12st day of November 2021,” he said.

The plaintiff said he was surprised to learn that the inauguration of the board of the NNPC, which was earlier planned for November 24, 2021 took place on January 7, 2022 without his knowledge, but with President Buhari replacing him with another person.

Ararume said he only got a letter dated January 17, 2022 from the SGF, informing him if the President’s withdrawal of his appointment, without being told of any reason behind his removal.

It is his contention that President Buhari lacked “the statutory power to remove me at will from my office as the Non Executive Chairman of the 2nd defendant.

He stated that he was not found guilty of any preconditions for removal and was never declared bankrupt or adjudged medically unfit for the job.

The plaintiff said his alleged unlawful removal has fuelled public suspicion and rumours against his person.

Ararume added that he has suffered the loss of credibility and goodwill, untold emotional, mental and psychological trauma and public humiliation, degradation and embarrassment by his purported removal by President Buhari.

He wants the court to among others, issue an order setting aside his removal by President Buhari.

The plaintiff also wants an order restoring him to the office with all the appurtenant rights and privileges of the office of the non-Executive Chairman of the NNPCL.

He is also praying the court to set aside all decisions and resolutions of the NNPCL’s Board made in his absence from January 17, 2022 till date and another order restraining the defendants from removing his name as Director of the company.

Ararume is equally seeking N100billion as damages for his alleged wrongful removal; disruption and interruption of his term of office as a non-Executive Chairman of the NNPCL.

At the mention of the case on Wednesday, Justice Inyang Ekwo ordered the plaintiff to include the Corporate Affairs Commission (CAC) as a defendant.

Justice Ekwo equally ordered the plaintiff to amend the originating processes to reflect the CAC as a party and serve same on the defendants.

He then adjourned till December 15.

Advertisement
Related Topics:Ararume asks court to reverse sack by Buhari as NNPC Chairman
Up Next

Delta police officer assaulted and injured while attempting to break up a fight.