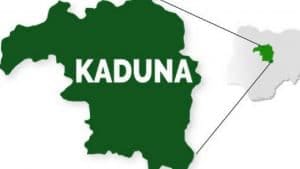 The Kaduna Police Command has stated that it rescued 76 kidnapped travelers along the Funtua-Zaria Road in the Gulbala area of the State’s Giwa Local Government Area with the assistance of the military.

According to DSP Mohammed Jalige, the Command’s Public Relations Officer, the victims were rescued on Friday following a report from the Police Divisional Headquarters in Giwa LGA.

He stated that the command received a report of scores of armed bandits blocking the road and abducting scores of passengers to their hidden location.

He explained that the command dispatched security personnel, including the military, to the location, where they discovered an empty vehicle – a Ford open truck with the registration number APP 667 XG, which was said to have carried the kidnapped passengers.

According to the report, the troops dismantled all roadblocks, engaged the armed bandits, and successfully rescued all 76 victims.

“Preliminary investigation revealed that the victims, who were passengers on the truck, were traveling from Sabon Birni LGA of Sokoto State to various destinations when they were intercepted by the marauders,” he said.

According to him, security operatives were still searching the general area for the main truck driver and two other passengers who had yet to be found.

The Commissioner of Police, Yekini Ayoku, expressed delight at the synergy between security operatives in the State, attributing the success to the gallant efforts of the police and the army, while assuring the public of the State’s continued success against bandits and other criminals.

Advertisement
Related Topics:Bandits: 76 travelers are rescued in Kaduna by joint security personnel
Up Next