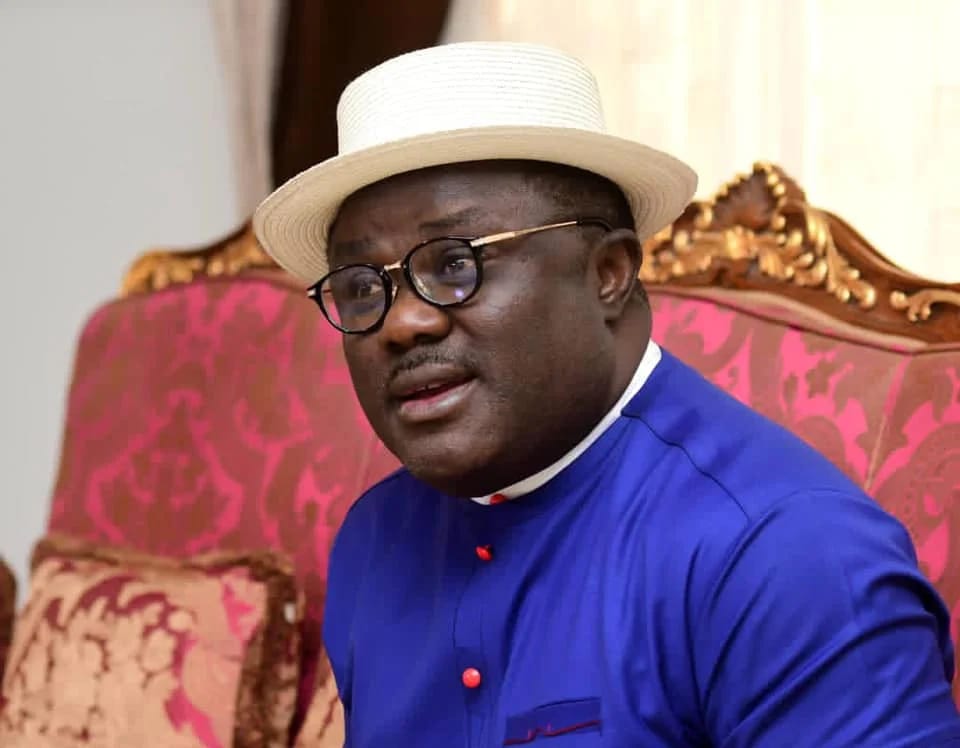 Governor Ben Ayade of Cross River State has visited the hospitals, including the Navy Reference Hospital, Calabar to empathize with victims of the Bikers’ parade accident and pay their hospital bills.

He also visited Bogobiri, the scene of the accident, to commiserate with the Hausa/Fulani community led by Seriki Garuba Lawan.

Yesterday, a Camry car lost control and rammed into crowds of carnival spectators and bystanders during the Bikers’parade segment of the ongoing Calabar Carnival.

It resulted in the killing of as many as ten persons, and critically injuring over 20 others, according to state police commissioner Balarabe Sule.

Speaking at the Navy hospital, Ayade described the incident as a sad learning curve that will never be allowed to happen again.

“This is the first time we have had an incident of this nature and I can assure you that it won’t happen again. With all sense of grief, with all sense of melancholy, we submit to the will of God.”

He added that “moving forward every arm of the security agencies will be fully deployed and the barricades fully policed.”

The governor vowed that any motorist who flouts the rules or breaks the barricades will have him or herself to blame.

On his part, the spiritual leader of the Brotherhood of the Cross and Star, His Holiness Olumba Olumba Obu also commiserated with the affected families and the state government over the tragic incident where more than ten persons were said to have been killed.

Olumba Obu in a statement signed by the spokesman of the spiritual organisation, Patriarch Amah Williams said the thoughts and prayers of all members of the Brotherhood of the Cross and Star are with the victims and the injured.

“His Holiness Olumba Olumba Obu will continue to support efforts to stabilise those affected and their families.

“It is a deep tragedy beyond comprehension for those involved. His Holiness Olumba Olumba Obu, therefore, extends His Perfect Peace that calms every situation to the friends and families of the victim and heartfelt condolence to the Government and good people of Cross River State”, assuring of God’s divine protection and provision as the challenges being faced today in the country shall all pass away