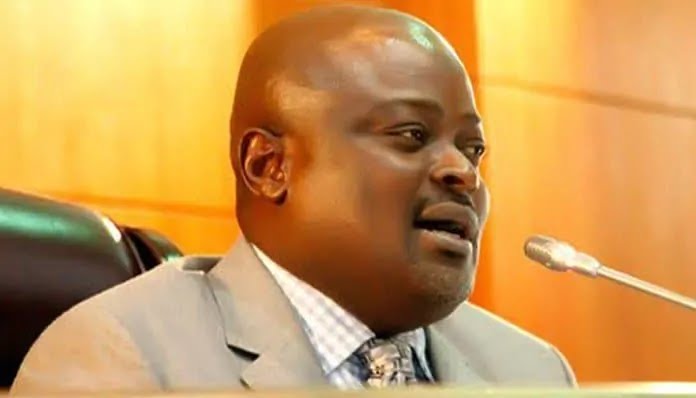 Rt. Hon. Mudashiru Obasa, Speaker of the Lagos State House of Assembly, has urged his colleagues to conduct a thorough examination of the 2023 budget.
Obasa made the remarks on Sunday during a three-day budget retreat for Lagos Assembly lawmakers and staff titled “Consolidating the Gains of the Current Administration in Lagos State in a Transition Year: Prospects, Opportunities, and Recommendations.”

His media aide, Eromosele Ebhomele, said in a statement on Sunday that the screening of the 2023 budget will help close the gap between the estimated figure and revenue generated.

Obasa charged the House committees with staying one step ahead of the game so that their members could ask the right questions of ministries, departments, and agencies during budget defense and oversight.

As a result, the speaker commended the lawmakers for their dedication to ensuring Lagos’ development, adding that everyone recognizes what the House has been doing in Lagos.

“All over the world, the economy has been bad, and this affects whether a budget is surplus or deficit,” the statement said. We have our own challenge in Lagos.

“The House of Assembly should therefore bridge the gap between budget size and revenue.” When the executive arm determines the cost of projects, the committees should be able to assess their worth.

“I’m sure everyone recognizes what we’ve been doing in Lagos, and I encourage you to keep going so that you can always be appreciated.”

Earlier, in welcoming participants to the retreat, the Clerk of the House, Barr. Olalekan Onafeko, stated that the event was an opportunity for Assembly members to become acquainted with the breakdown of the 2023 budget.

Onafeko went on to say that the retreat will help lawmakers “ensure effective continuity in budgetary guidance from legislators to Lagosians.”

The retreat, which was organized in collaboration with the Assembly, was designed to help members reflect deeply on the 1.692 trillion 2023 budget recently presented by Governor Babajide Sanwo-Olu.

According to John Mutu, a representative of the organization, the retreat will allow lawmakers to effectively do a post mortem on the 2022 budget and identify other State priorities that can be accommodated in the 2023 budget.

Advertisement
Related Topics:Budget 2023: We Need to Ask the Right QuestionsLagos Speaker Charges Legislators
Up Next