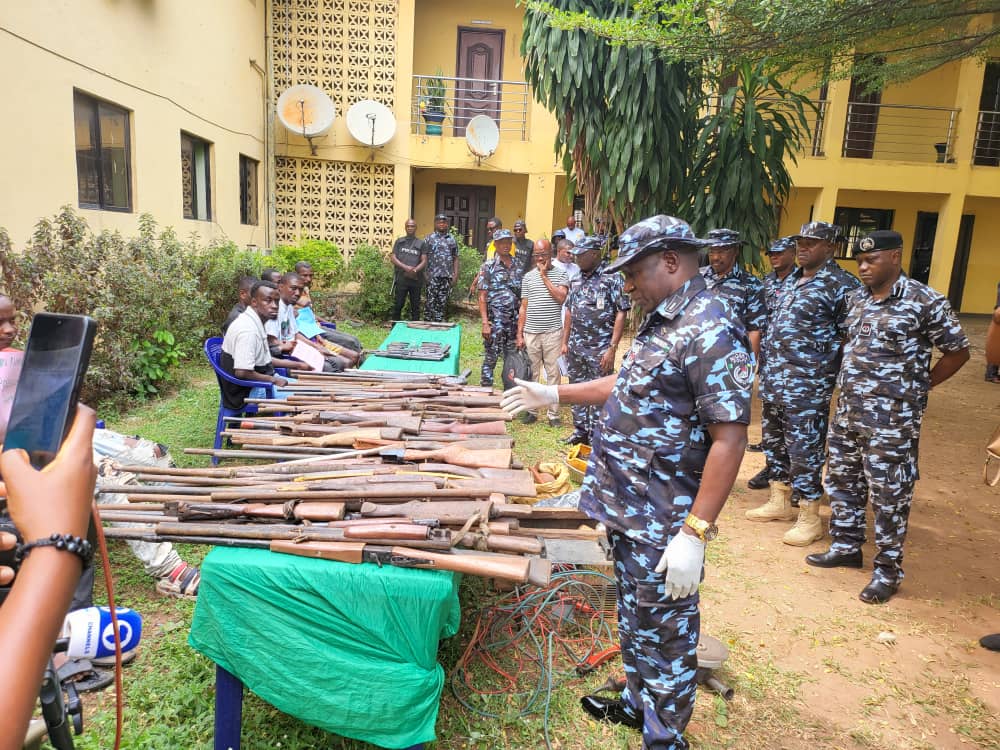 This is coming as other members of the armed robbery gang escaped from the scene, Track News can report.

The Police also recovered from the suspects, two (2) AK47 rifles, one English pistol and three rounds of live ammunition.

The suspects engaged the Police in an exchange of gunfire and two were killed. Others escaped from the crime scene in their hideout in Udu Local Government Area.

He said, “Manhunt for the fleeing members of the gang is ongoing.