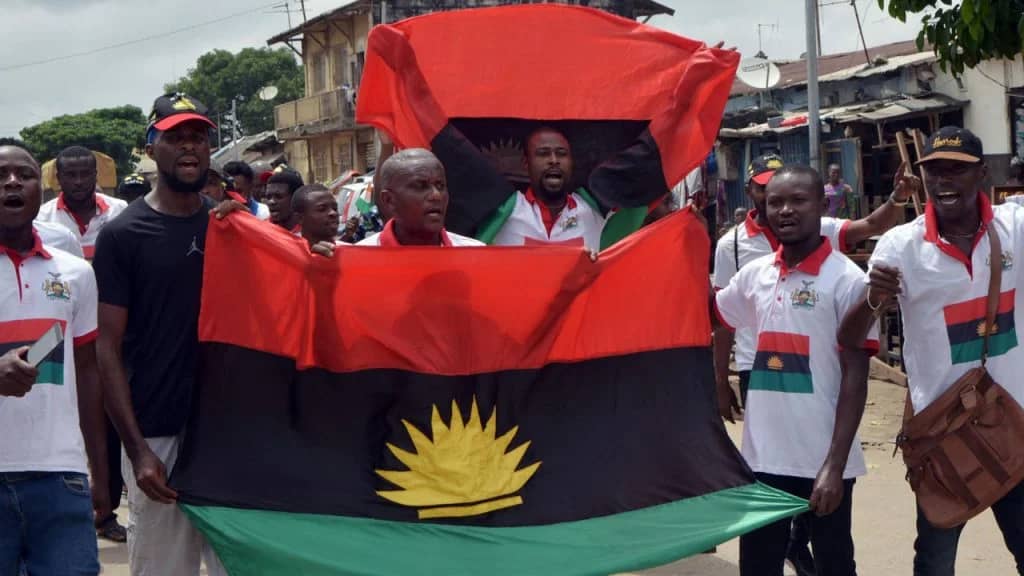 The Indigenous People of Biafra, IPOB, has said sponsored criminals whose agenda is to blackmail the Biafra struggle beheaded the local government Chairman of Ideato in Imo State, Chris Ohizu.

IPOB said the beheading of Ohizu was unacceptable and barbaric.

Emma Powerful, the separatist group’s spokesman, lamented the spate of insecurity in Imo State and the Southeast.

Powerful reiterated that politicians responsible for insecurity in the state would soon become politically irrelevant.

According to Powerful: “We, the global movement and family of the Indigenous People of Biafra (IPOB) under the leadership and command of the indefatigable Liberator Mazi Nnamdi Kanu, condemn the barbaric murder of Mr. Chris Ohizu from Ideato North Local Government of Imo State.

“The barbaric murder, beheading recording, and viral video of Ideato North Sole Administrator, Chris Ohizu, is a premeditated action by sponsored criminals whose agenda is to blackmail the Biafra struggle.

“Though the assailants distanced themselves from IPOB and ESN yet talking about Biafra in their barbaric murder of a Biafran in Biafra soil is not acceptable to IPOB.

“IPOB is worried over the numerous sponsored killings, kidnappings, and illegal abductions of civilians in the Southeast, especially in Imo State, because of Hope Uzodinma’s illegal political manoeuvre

NAUTH doctors embark on strike over persistent assault by patients