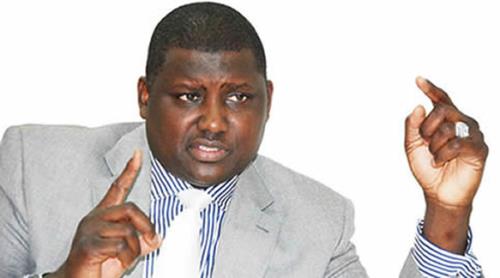 A Federal High Court in Abuja has dismissed a suit filed by jailed former Chairman of the defunct Pension Reform Task Team (PRTT), Abdulrasheed Maina seeking to be allowed access to medical attention outside the control of prison authorities.

Maina, who is serving an eight-year jail term at the Kuje prison in Abuja for laundering N2 billion, had sued the Minister of Interior and the Controller General (C-G) of Nigeria Correctional Service (NCoS), calming rights violation for allegedly being denied access to medical attention.

Justice Inyang Ekwo, in a judgment on Wednesday, held that Maina failed to provide compelling evidence to prove that the minister and the prison Controller General had infringed on any of his fundamental rights while in prison.

Justice Ekwo said: “In my opinion, this application is a ruse. It is an attempt to belittle the essence of criminal conviction and to aid the applicant (Maina) to live above the law.

“I find that the application lacks merit and I make an order dismissing it.”

Justice Ekwo noted that by taking Maina to the Cardiological Department, Orthopaedic and Ear, Nose and Throat (ENT) Department of the University of Abuja Teaching Hospital, Gwagwalada for about 23 times, as stated in the exhibits tendered by the respondents (the Interior Minister and the Controller General), showed that he had been provided with medical attention and treatment suitable for his status in life as at the time of filing the application.

“Taking a prisoner to a hospital for 23 times demonstrates care and attention on the part of the custodial authorities.

“The allegation of the applicant that the refusal of the respondents to take the applicant to a reputable and recognised hospital for medical attention or treatment, cannot be founded in the circumstance of this case,” Justice Ekwo said.

The judge added that if Maina is saying that the University of Abuja Teaching Hospital is not a reputable and recognised hospital then he has lost it.

“I hereby state categorically that a teaching hospital in Nigeria is a reputable and recognised hospital,” the judge added.

The judge held that although it is accepted universally that prisoners have a right to receive medical treatment, such prisoners generally do not have a right to choose a specific venue/facility for treatment and cannot hold the state to ransom on such demand.

He added:“This application, in my opinion, is a clear evidence of the fact that the applicant is yet to undergo any degree of reformation that his conviction and sentence to prison custody is meant to achieve.

“From the evidence before me, it is manifestly clear that the applicant is not just looking for medical treatment but an indulgent lifestyle while in prison.

“He wants to be treated as a privileged person with absolute rights and privileges.

“It is either the applicant does not understand the limitations of a custodial life or he is pretending not to do so.

“The court will not interfere with the actions and decisions of the custodial authorities once it is demonstrated that they acted within the confines of the statute regulating the performance of their functions,” Justice Ekwo said.

Maina had, in the fundamental rights enforcement suit marked: FHC/ABJ/CS/1719/22, claimed that he is suffering from a life-threatening ailment and needs urgent medical attention.

He urged the court to compel the respondents immediately take him to a reputable and recognized hospital for treatment.

Maina claimed that there was a likelihood of contravention or infringement of the applicant’s rights to life, dignity of human person, and freedom from cruel, inhuman or degrading treatment, among others.

The respondents, in a counter-affidavit, accused Maina of, among others, plotting to escape s he had earlier done when he jumped bail during his trial.

They stated that it was obvious from the intelligence report at their disposal that Maina only feigned the ailment “for him to be taken out of the custodial facility to aid his escape from lawful custody.”

The respondents added that contrary to Maina’s claim, he was never refused access to medical services, but that Maina would not be allowed to hide under medical services to escape from lawful custody.
They described the medical reports he produced as self-induced.

They stated that Maina had access to medical attentions at the University of Abuja Teaching Hospital, where he had severally been attended to; and that the exhibits attached amply bore out these facts.

They said it became obvious that Maina’s referral to the hospital was a mere gimmick to take him out of lawful custody.

They said the operatives of the NCoS received a confidential, top secret intelligence report that Maina, through the act, was planing his escape with “armed gunmen” suspected to be loyal to him.

The respondents noted that Maina, who was arraigned on Oct. 25, 2019, on a 12-count charge, though pleaded not guilty and was granted bail on health grounds, jumped bail.

They recalled that Sen. Ali Ndume, who stood as surety for Maina, was remanded in Kuje prison until Maina was rearrested in Niger Republic.

The respondents, who stated that Maina was only raising false health claims, urged the court to dismiss the suit.

Related Topics:Court rejects jailed Maina’s request for treatment outside prison
Up Next