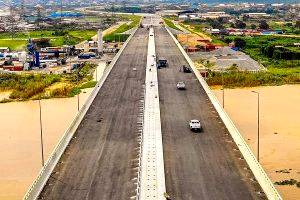 ONITSHA— EVEN WITH THE PROVISIONAL OPENING OF THE NEW SECOND NIGER BRIDGE, ROAD USERS ON THE ROUTE ARE STILL CONFUSED ON THE OLD BRIDGE.However, compared to previous years, there is some relief for them as traffic gradually moves away from a complete standstill.According to some motorists who spoke with reporters at the foot of the old bridge near Asaba, the point of the diversion to the new bridge only allows one vehicle to pass through to connect to the new bridge, which is a problem.They claimed that the building company should have widened the entrance to allow more vehicles to access the new bridge and avoid the traffic that had been built and stretched for a long distance.”The gridlock caused by this narrow route discouraged many motorists from using the new bridge. They use the old bridge, which adds to its traffic.”Also, because no big trucks were allowed to use the new bridge, the many trucks plying the route still created gridlock on the old bridge even though security operatives and officers and men of the Federal Road Safety Corps were on hand to help in controlling and directing traffic”.Due to traffic, the fare from Asaba to Onitsha has risen by N100 from N700.

Boxing Day tragedy occurred when revelers drowned on a Lagos beach, according to LASEMA