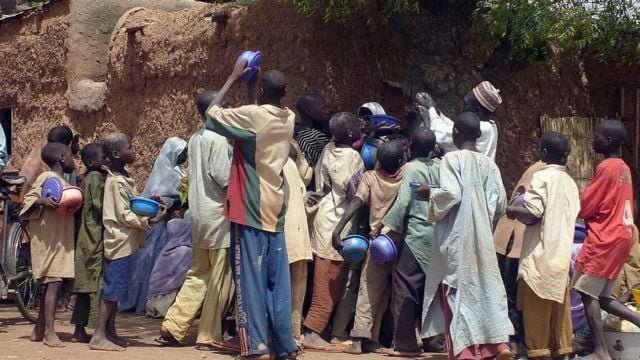 There is no gainsaying that the high cost of diabetes treatment in Nigeria has led to an increase in the untimely and needless death of persons living with the disease in recent times.

The cost of drugs and investigation of diabetes have posed a great challenge as over two third of the population of the patients cannot afford to buy the drugs and check themselves regularly which most times led to complications and sometimes deaths.

This was the case of Racheal Utom, a 38-year-old lady who lost her left limb to type 2 diabetes and was on the verge of losing the right a year after, due to her inability to purchase her drugs and conduct her investigations strictly.

Mrs Utom, who is battling with diabetes mellitus, said the doctor told her a month ago that her five toes have been infected and already decayed, but they were trying to see how not to amputate the remaining limb.

Utom, who revealed that there was a trace of diabetes in her family, regretted that the sickness had placed an extra burden on her poor family which was the main reason for her inability to access quality health care.

She admitted to having presented to the health care centre very late and the Endocrinologist said amputation of the leg was the only option to save her life.

Utom’s case was one out of many cases of diabetes patients in the country who could not afford the drugs for proper treatment of the ailment until it got to advanced stage, making treatment difficult or ineffective.

A survey has shown that every day in South South Nigeria, 3-4 persons are getting amputated due to complications from diabetes. This is just one of the outcomes of the complications arising from this disease

Diabetes as defined by an Endocrinologist in Akwa Ibom State, Dr Umoren, is a disease that occurs when the body cannot effectively use the insulin it produces or when the pancreas cannot produce enough insulin for the body

The excess glucose accumulated in the body over a period of time can lead to damages in different organs of the body, especially the eyes, kidney, heart, limbs and the reproductive organs.

Umoren noted that the normal glucose level in the body should be between 3.5 to 5.5, adding that between 5.6 and 6.9 is a prediabetes stage and above 7 is a danger zone therefore, everyone is expected to check his sugar level regularly to know his status for proper medical attention.

Diabetes is a global public health issue and the rate at which people are infected with it nowadays is alarming as a study has shown that one in every 10 adults in the urban areas of Nigeria has diabetes. Some who have the disease may not know they do, until it becomes complicated