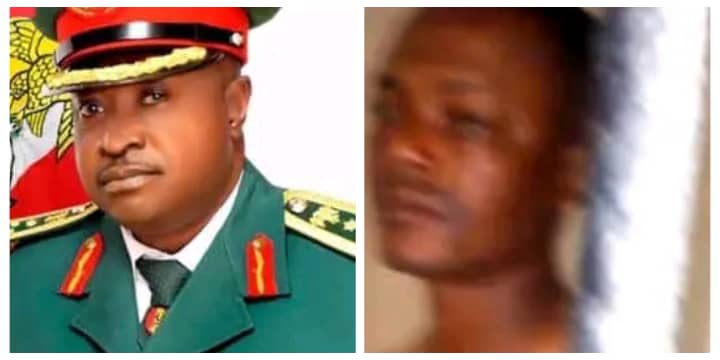 A junior soldier in the Nigerian Army, Corporal Abayomi Ebun, has reportedly been arrested after killing an army general, Brigadier-General Audu Ogbole James in Lagos.

Abayomi who was reportedly drunk crushed the army general to death with his car in the late hours of Tuesday 15th November, 2022.

The deceased, before his death was the Director of Finance at the Nigerian Armed Forces Resettlement Centre (NAFRC). He died after the suspect hit him with his car on yesterday night.

According to a report released by Premium Times, the deceased was walking to his residence inside the NAFRC barracks when the corporal who was drunk and driving his car hit him.

The deceased was rushed to the NAFRC Medical Centre and was confirmed dead by the doctor. The corporal has been arrested as at the time of writing this report.

Advertisement
Related Topics:Drunk Soldier Arrested For Killing Army General in Lagos
Up Next