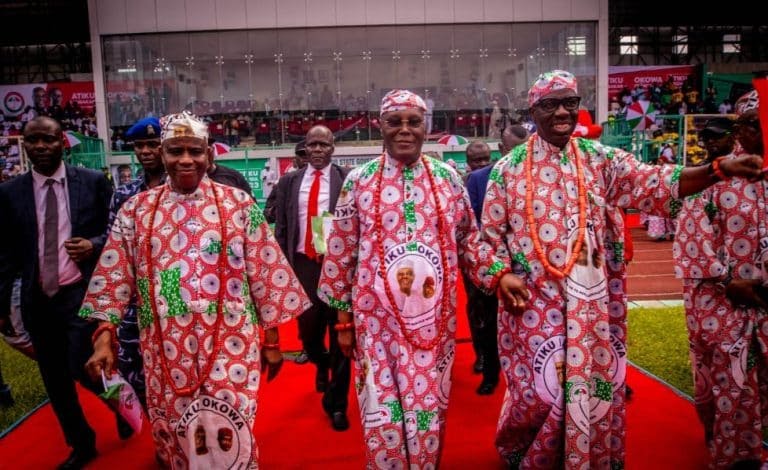 Timothy Osadolor, Deputy National Youth Leader of the Peoples Democratic Party (PDP), has stated that campaign funding is not an issue in the party’s Edo State chapter.
Osadolor told The Punch on Tuesday that Edo State Governor Godwin Obaseki has been active in funding the state’s campaign council.

He disclosed that everything about the campaign in Edo is being funded by the state chapter led by Governor Obaseki.

” he said.
Udom Not Planning To Resign As PDP PCC Chairman
Meanwhile, the National Publicity Secretary of the PDP, Debo Ologunagba, has refuted reports that Governor Udom Emmanuel of Akwa Ibom State was considering resigning his position as Chairman of the PDP Presidential Campaign Council.

Ologunagba added that there was no iota of truth in the claimt, asking party members and supporters to ignore the fake news.

He said, “That is fake news. It is not correct, and it is a creation of some people. Governor Udom Emmanuel, has even refuted it.”

Advertisement
Related Topics:campaign funding is not an issue in 2023 - Osadolor.Edo PDP
Up Next

Presidency: You are not the custodian of Rivers’ vote, says Atiku –