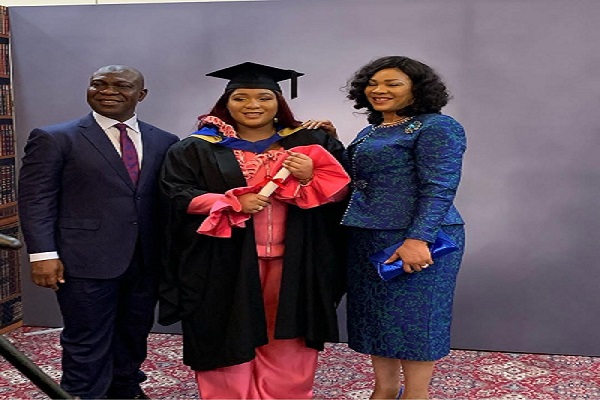 Sonia, the 25- year old daughter of Senator Ike Ekweremadu, has denied trafficking a homeless man for the purpose of kidney harvesting.

The Senator’s daughter made this denial while on bail with her mother in a UK court.

Sonia with her parents, Ike and Beatrice Ekweremadu, and Nigerian doctor Obinna Obeta were charged with trafficking.

It was alleged that the quartet lured the 21- -year-old and moved him from Lagos to the UK after which the victim cried out to the public, a claim they all said was false

Ike, Beatrice and Obeta denied conspiracy to arrange the travel of another person with a view to exploitation at the Old Bailey on December 20 while Sonia pleaded not guilty

Ike and Obeta are in custody in HMP Wandsworth and HMP Belmarsh respectively while Beatrice and Sonia are on bail.

Be comfortable with divorce – Aisha Yesufu

10 die as bus rams into truck in Ogun