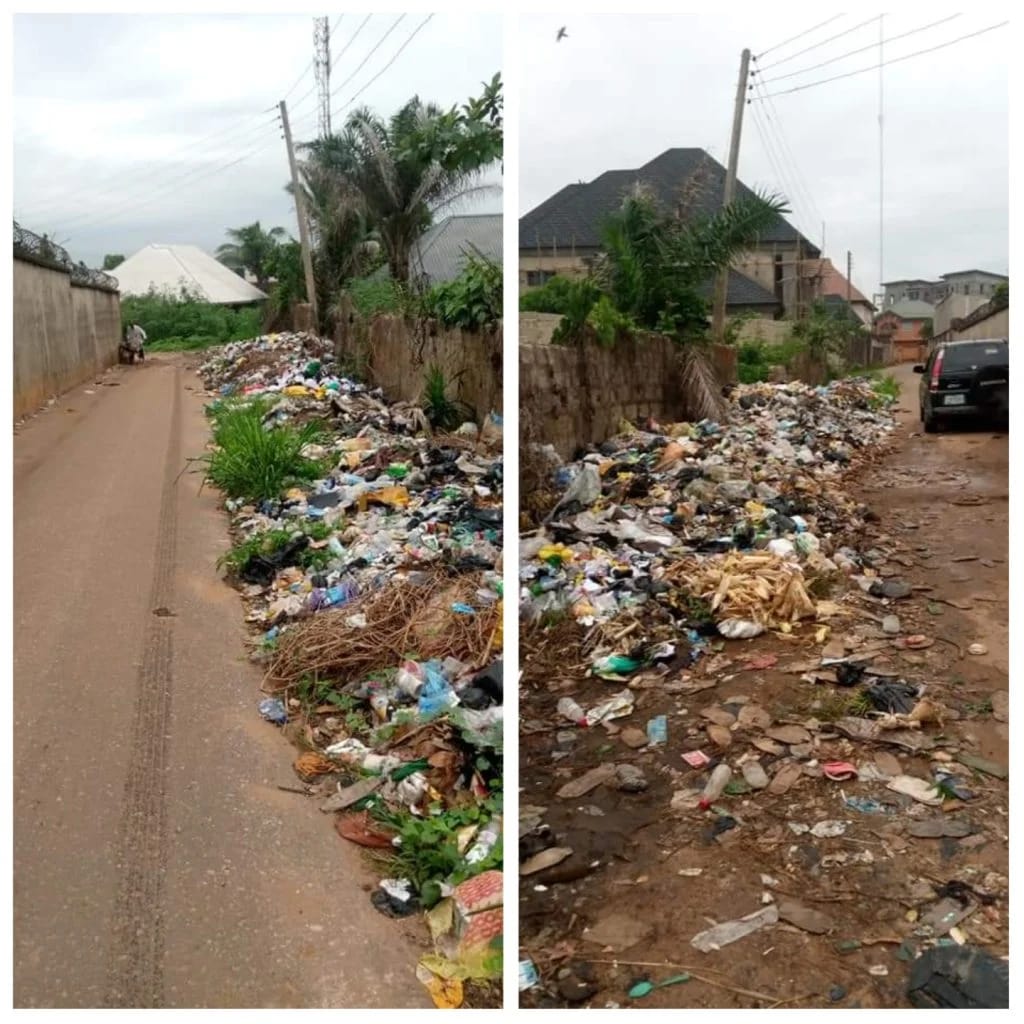 Residents of Abia State have expressed concern as heaps of refuse take over major roads in the State, especially Umuahia, the State capital.

They are sad over the inability of the statutory agency of the Abia State Government to evacuate wastes despite several promises to guarantee a healthy environment.

Residents say they are scared the development, if left unchecked, could lead to epidemic in most parts of the State.

Track News reports that the Abia State Environmental Protection Agency (ASEPA), had disclosed that it recorded progress in environmental cleanliness in the two urban cities and other numerous flash and strategic Abia localities.

It had also applauded the immense support by the State Governor, Okezie Ikpeazu in procuring new refuse trucks and other adequate logistics.

However, a recent tour by Track news correspondent in some urban areas and streets within Umuahia showed that heaps of waste dumps were still littering most areas.

The visit showed that the popular Dozie Way road junction, Ochendo Bypass, and Umuwaya road by the old Isi-gate market have become an eyesore.

The scenario is not different in World Bank Housing Estates and Kolping junction by Low Cost Housing Estate where heaps of refuse dump have taken over major portions of the roads.

Meanwhile, an unscheduled visit by our correspondent to the Abia State Environmental Protection Agency during the week to ascertain the efforts of the State government was futile as the General Manager of the agency was not on seat.

However, a staff of the State environmental agency, who pleaded anonymity, attributed the indiscriminate waste disposal on the roadside to the residents he said were frustrating the efforts of the government.

Advertisement
Related Topics:Epidemic looms in Abia as heaps of refuse take over Strategic locations
Up Next