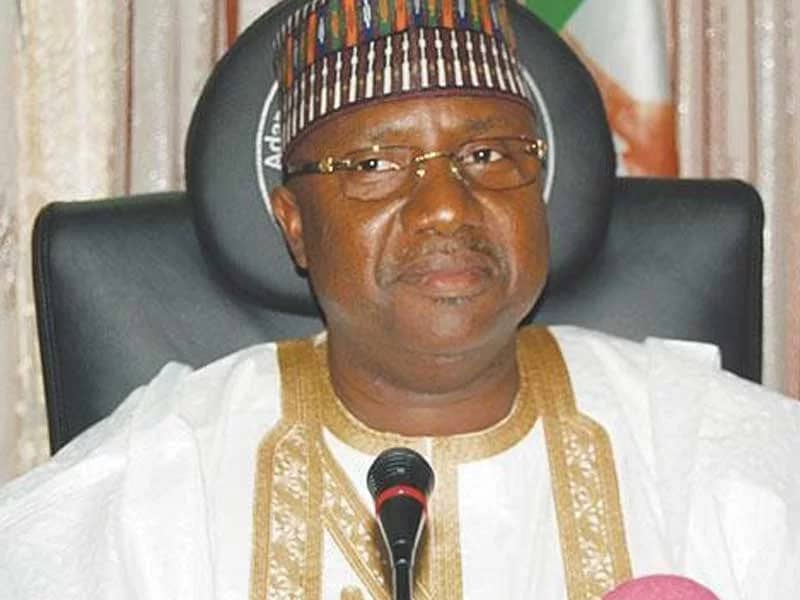 The immediate past Governor of Adamawa State, Senator Jibrilla Bindow, has confirmed his resignation from the All Progressives Congress, APC.

Bindow, who was Senator for Adamawa North District from 2011 to 2015, was initially in the Peoples Democratic Party, PDP, before defecting to the APC, and then governor from 2015 to 2019 under the APC, formally left the party via a letter made public on Tuesday evening.

His resignation was widely viewed with doubt, considering that he had recently been rumoured on several occasions to have left the APC, only for him to deny it.

Track News, however, confirmed from him Wednesday morning that he had, for a fact, finally left the APC.

His formal resignation, made via a letter to the APC chairman in his ward, did not come as a surprise, considering past expectations which fueled rumours and after the way his support organisation, the Bindow Support Group, BSG, has in the last three weeks been hobnobbing with the PDP and Governor of the state, Ahmadu Fintiri.

Bindow said in the letter that unresolved crisis within the party in the state compelled him to resign his membership.

In the letter addressed to the Chairman of APC in his Kolere ward, Mubi North Local Government Area, Bindow said the unfortunate event of the 2019 general election and the 2022 governorship primaries remained the main reasons for his decision to leave the APC.

It may be recalled that Bindow, who was the APC governorship ticket in the 2015 election, lost that election chiefly because of division within the APC, following which many notable members were widely believed to have worked against him.

Also, Bindow is one of at least two governorship aspirants of the APC who have not been known to fully accept the outcome of the APC primary, which produced Senator Aishatu Ahmed Binani as the candidate.

Advertisement
Related Topics:Ex-Gov Bindow confirms defection from APC
Up Next

2023: What I’ll do if I lose presidential election – Kwankwaso

2023: Accord Party ready to save Zamfara from 20 years of suffering – Maradun