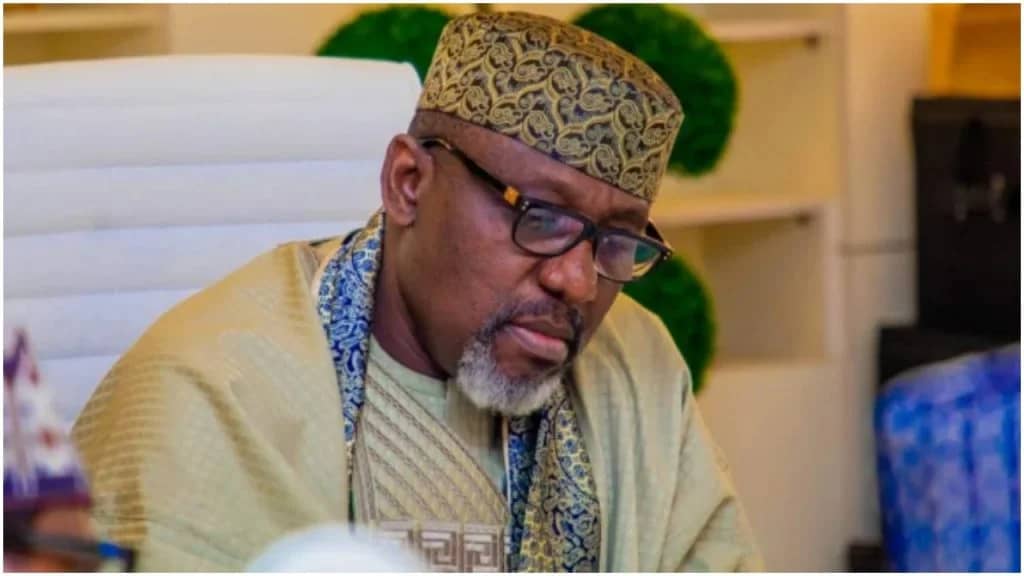 A former Governor of Imo State, Senator Rochas Okorocha, has asked a Federal High Court in Abuja to quash a N2.9 billion money laundering charges brought against him by the Federal Government.

The former governor is claiming that the fraud charges initiated by the Economic and Financial Crimes Commission (EFCC) on behalf of the Federal Government constituted a gross abuse of the court and a deliberate misuse of prosecutory powers.

In a preliminary objection against the charges filed by Okorocha through his counsel, Mr Ola Olanipekun (SAN), he gave six grounds on why the charges should be dismissed.

Among others, the former governor, now a Senator, claimed that the charge is unlawful, baseless, oppressive and a gross abuse of the process of the court.

The federal lawmaker sought an order from the court that will discharge, and/or acquit him from the charges.

Olanipekun argued that the investigation upon which the charge was predicated was a subject matter of another suit instituted against EFCC by his client, hence, the current charge, as constituted amounted to abuse of the court and the power to prosecute.

The senior lawyer explained in the preliminary objection that Okorocha had, in the earlier suit, sought declaratory and prohibitory orders that are still extant, at all times material, before and after the preferment of the
charge.

Meanwhile, the court has fixed November 22 for hearing of the preliminary objection
marked FHC/ABJ/CR/28/22.

Justice Inyang Edem Ekwo fixed the date to allow EFCC’s counsel, Mr Gbolahan Latona, to respond to all issues raised against his client by Okorocha.

Advertisement
Related Topics:Ex-Imo GovOkorocha asks court to dismiss EFCC’s N2.9bn fraud charges against him
Up Next