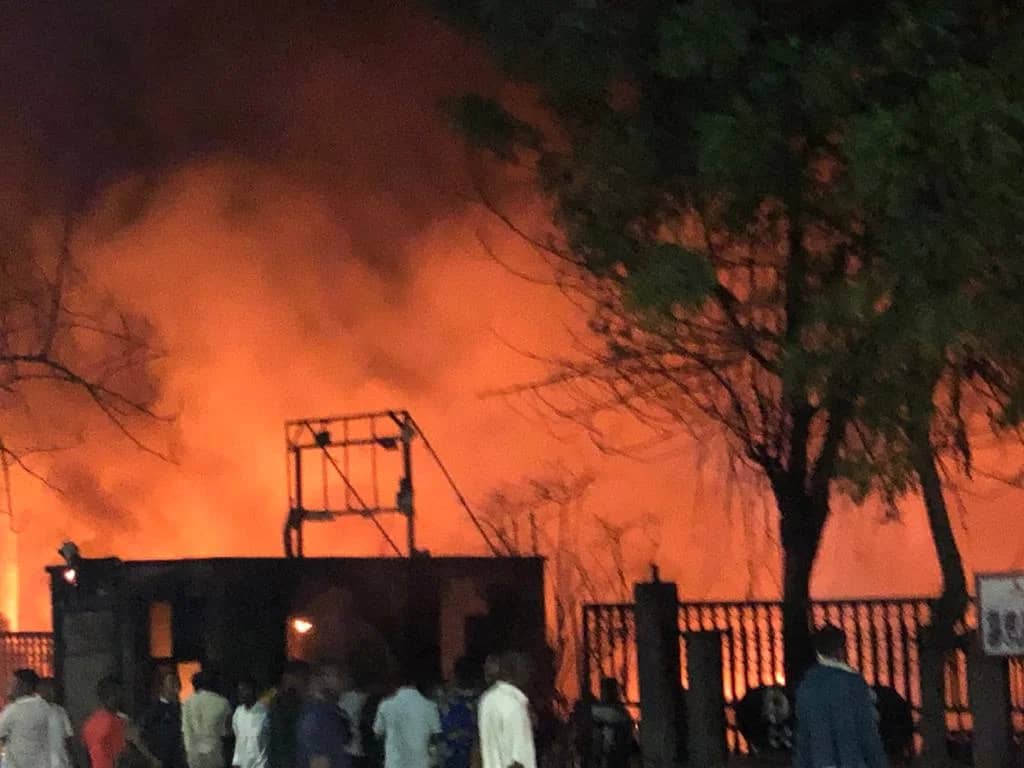 A fire outbreak occurred Tuesday morning in the Ebute Metta area of Lagos.

An eyewitness said that the inferno started just before 9 a.m.

The fire broke out in one of the buildings on Ibadan Street off Cemetery Road.

By 10 a.m., it had extended to two other houses, causing the other residents to panic.

“I called the Lagos Fire Service at about 9:05 a.m. They arrived about 40 minutes later, which was a bit late.

“The crowd and traffic to did not help matters because the police, led by the DPO, had to first make way for them”, the citizen said.

Emergency responders are still on ground but have been able to contain the situation as occupants count their losses.

Advertisement
Related Topics:Fire guts houses in Lagos
Up Next

Bolanle Raheem: Justice must be done – Buhari reacts to killing of Lawyer