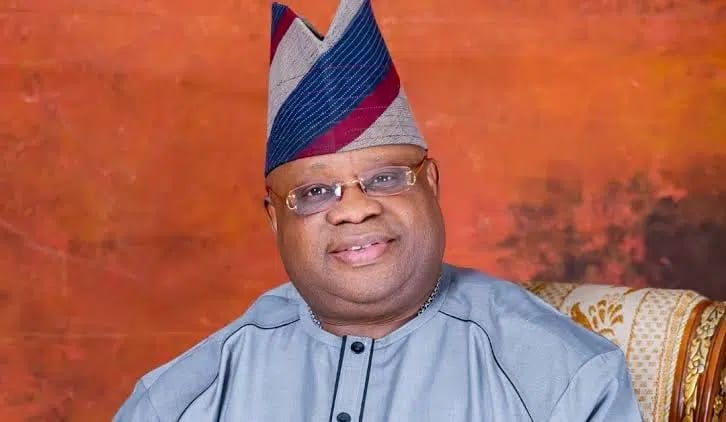 Ademola Adeleke, the governor of Osun State, has been named as a suspect in the attack on Remi Omowaiye and his team in Isida, Ilesa.

Track News previously reported that Omowaiye was in a spare parts market distributing food items to traders as Christmas gifts when he was attacked with stones and bottles.

At 6:22 p.m., the assailants arrived on motorcycles at the market and began pelting the former commissioner and his aides with missiles before resorting to sporadic shooting.

Omowaiye, who served as commissioner under former governor Gboyega Oyetola’s administration, shared his ordeal, saying some of his aides were stabbed and one of his security details was severely injured by a stone that hit his face.

He explained that he was at the market to share cows and rice with the traders in order to celebrate the festive season with them, and that the name of the All Progressives Congress (APC) presidential candidate, Bola Tinubu, was inscribed on the cows he brought to the market.

Adeleke Should Be Held Accountable
In an interview with PUNCH, Omowaiye claimed that the hoodlums were working for Adeleke, claiming that six people were injured and two vehicles in his entourage were damaged during the incidents.

The former commission claimed that he overheard one of the thugs say that they were acting on Governor Adeleke’s orders and that he should be held accountable if anything bad happened to them.

“My Highlander was riddled with bullets, and the screens were badly damaged,” he explained. So we had to simply flee for safety. We went straight to the police station because we saw that many people had been injured and we didn’t want to play with the laws.

“I heard one of the voices say that they are acting on the governor’s orders. As a result, the governor should confront governance and stop attacking us. We have an election in February, and I know what they want to do is scare a lot of us into leaving the state, which we will not do. If something were to happen to us, Governor Adeleke should be held accountable. Six people were injured in various ways, but no one was killed. Two vehicles were damaged.”

Advertisement
Related Topics:Gov. Adeleke is being investigated after hoodlums attack an ex-commissioner and injure six people
Up Next