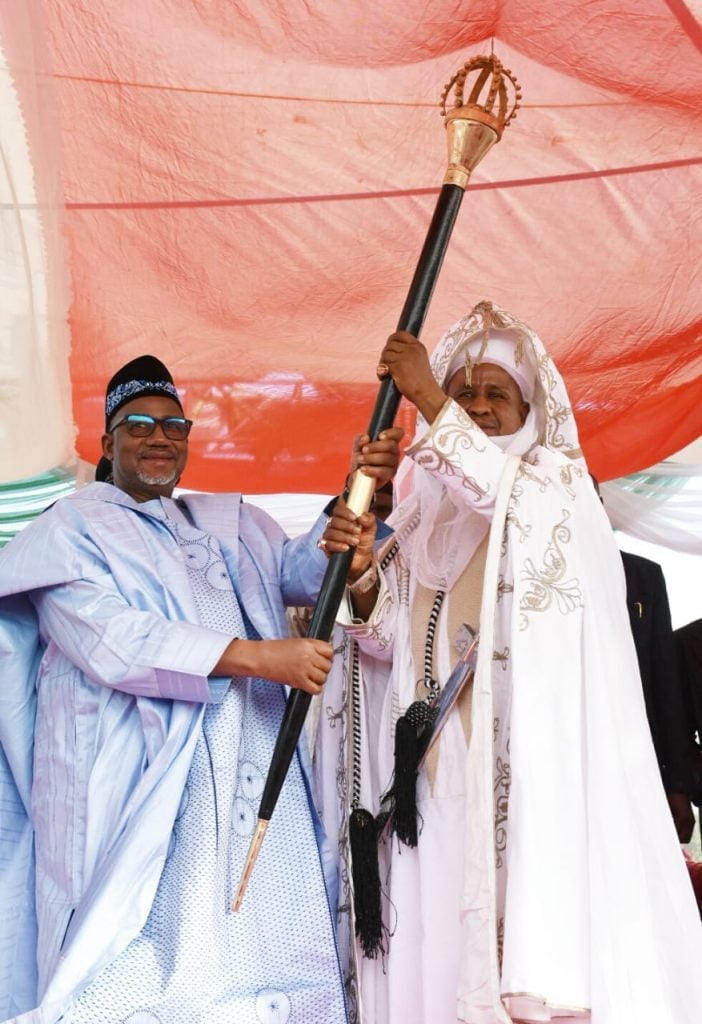 Sen Bala Mohammed Abdulkadir, Governor of Bauchi State, has warned that he will not hesitate to dethrone any traditional ruler found wanting, especially when it comes to the needs of the people.

The Governor was speaking in Misau on Sunday during the presentation of staff and coronation of Alh Ahmed Sulaiman, the 11th Emir of Misau.

“Cases of kidnapping, banditry, insurgency, and other violent crimes that are gradually spreading to the State from neighboring States must be checked with the cooperation of traditional rulers,” he said.

“Government will not hesitate to sanction any traditional ruler found supporting or refusing to report criminal activities in their areas of jurisdiction,” he says.

“In fact, I will not spare any traditional ruler who is found to be an accomplice in such regressive criminal activity anywhere in the State.” People must learn how to defend themselves against illegal aliens in their midst.

“I believe the last time such an event occurred in Misau was about 43 years ago.” After the death of the immediate past Emir of Misau, Alhaji Muhammad Manga III, in February 2015, Alhaji Ahmed Suleiman ascended the throne of his forefathers.”

“I will not only encourage the Emir to emulate the former Emir’s actions, but also to strive to improve on them.”

“Let me take this opportunity to offer some advice to the Emir.” It is important for Your Royal Highness to strike a balance between tradition and modernity. “You must be flexible and keep up with the dynamics of modern society’s complexities while exercising your traditional authority,” the Governor said.

“As a member of the State Council of Chiefs, you should work harmoniously with your colleagues to strengthen the traditional institution and move the State forward,” the Governor added.

Advertisement
Related Topics:Gov Bala Mohammed Abdulkadir warns that he will not hesitate to dethrone any traditional ruler found wanting
Up Next