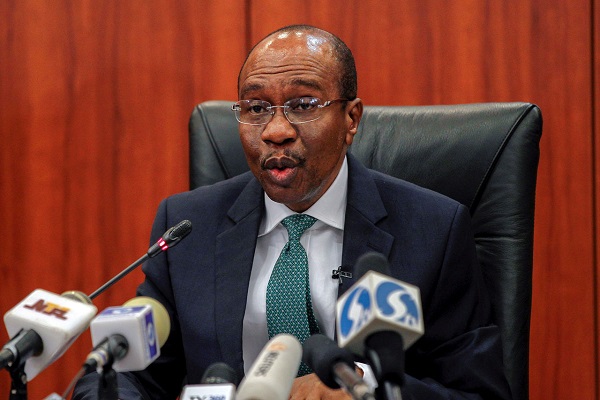 Members of the Nigeria Governors’ Forum (NGF) will on Thursday engage the Governor of Central Bank of Nigeria (CBN), Godwin Emefiele on some of the bank’s recent policies.

The NGF’s spokesman, Abdulrazaque Bello-Barkindo said, in a statement on Tuesday night the Governors plan to engage Emefiele on “the economic and security implications of naira redesign and withdrawal policy.”

Bello-Barkindo said the NGF Chairman, Governor Aminu Tambuwal of Sokoto State has sent an invitation to Emefie on the meeting to be held virtually at 9pm on Thursday.

He quoted the NGF Director General, Mr. Asishana Bayo Okauru as stating that the virtual meeting’s agenda will centre on the recent CBN policy of redesigning the naira notes.

Bello-Barkindo added: “For the virtual meeting, the agenda is titled: ‘The Economic and Security implications of naira redesign and withdrawal policy,’ and it has lingered for some time now.

“The discussion promises to foster participation and dialogue between various stakeholders including governments and civil society organizations to come out with a solution to the lingering issue.”

The CBN governor had on October 26, 2022 announced the initial decision of the CBN to redesign the naira note.

The CBN later directed Nigerians not to wait until January 31, 2023 (the planned deadline for the use of old notes), to get the new notes.

The apex bank, on December 6 last year, announced the policy limiting over-the-counter cash withdrawals by individuals and corporate entities to N100, 000 and N500, 000 per week.

Following the intervention of the National Assembly, the CBN issued a circular two weeks after, raising the cash withdrawal limit per week to N500,000 (for individuals) and N5m for organisations.