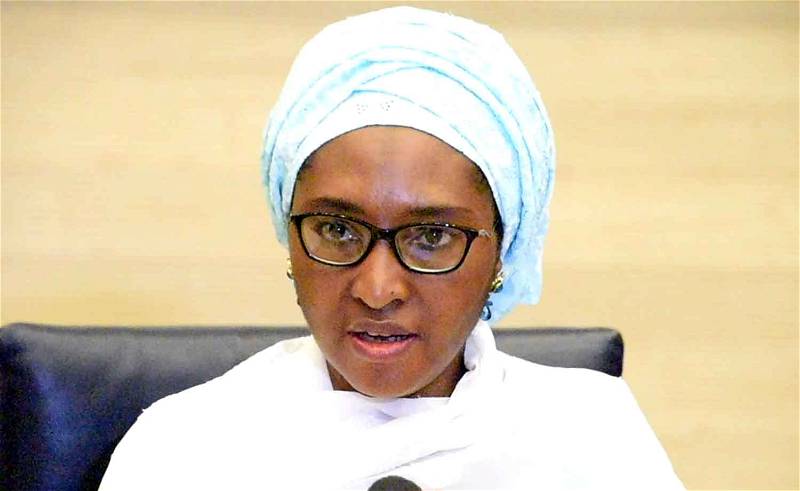 The Federal Government may begin a gradual removal of the petrol subsidy from April 2023, about three months ahead of the initial plan to effect a complete stop to the expenditure head.

TrackNews Media gathered that Mrs Zainab Ahmed, Minister of Finance, Budget and National Planning, who dropped this hint on Tuesday during an interview with ARISE TV on the sidelines of the World Economic Forum in Davos, Switzerland, also said the subsidy removal appears to be the position of all contestants to the leadership of the country in their political campaigns for next month’s general elections.

She stated: “What will be safer is for the current administration to, maybe at the beginning of the second quarter, start removing the fuel subsidy, because it’s more expedient if you remove it gradually than to wait and move it all in one big swoop”.

After an 18-month extension, the Federal Government plans to spend N3.35 trillion on petrol subsidies from January till June 2023.

The extension, however, generated widespread debate on the expediency of such expenditure as it will increase the budget deficit of the FG which would be financed through additional borrowing and hence further rise in the nation’s public debt which stood at N44.06 trillion as at end of September 2022.

According to the World Bank and the International Monetary Fund, the removal of fuel subsidies is one of the fiscal reforms urgently needed to lift Nigeria’s development outcomes, which are severely constrained by the inefficient use of resources.

Similarly, the IMF, in a statement at the end of its Article IV consultation with Nigeria in November, said: “Directors also urged the removal of untargeted fuel subsidies, with compensatory measures for the poor and transparent use of saved resources. They stressed the importance of further strengthening social safety nets.”

Speaking during the interview, the minister noted that the petrol subsidy regime must be exited as it is revenue that would have gone into the government coffers.

“Where there is not enough revenue for the government to buy the refined petroleum products, we have had to borrow to buy the petroleum products. So, if we take that out, that is about N3.25 trillion. That is a significant relief, that we do not incur any more than that number that we projected for in 2023,” she said.

Asked if she felt betrayed that the petrol subsidy had not been removed despite her best efforts to ensure removal, she stressed that it was a collective decision to retain the payments.

‘’Betrayed? No. It was a decision that was taken as a collective, recognising the fact that due to the lingering impact of the COVID-19 pandemic, and also heightened inflation, the removal of the fuel subsidy at that time, would have increased more burden on the citizens,” Ahmed said.

She added that President Muhammadu Buhari does not want to take measures that exacerbate economic hardship in the country.

Speaking further on FG’s position Ahmed stated: ‘’The president does not want to contemplate a situation where measures are taken that are further going to burden the citizens. So, the decision was to extend the period from June 2022 (sic) to 18 months, beginning from January 2022.

‘’So, in June 2023, we should be able to exit. The good thing is, we hear a consistent message that everybody is saying this thing needs to go. It is not serving the majority of Nigerians.

On the future of the subsidy debate, Ahmed said, ‘’I listened to some of the new leaders that are campaigning for the next round of leadership in the country that is saying they will get rid of it very quickly.

‘’What will be safer is for the current administration to maybe at the beginning of the second quarter to start removing the fuel subsidy because it’s more expedient if you remove it gradually than to wait and move it all in one big swoop.

‘’So, the idea for us in the budget, is that the subsidy costs should not exceed that N3.23 trillion. So, whether it’s done completely 100 per cent by June or by July, or whatever, it’s a process.”

Yenagoa: A call for probity and accountability over 13% derivation a mere smokescreen —-BDF