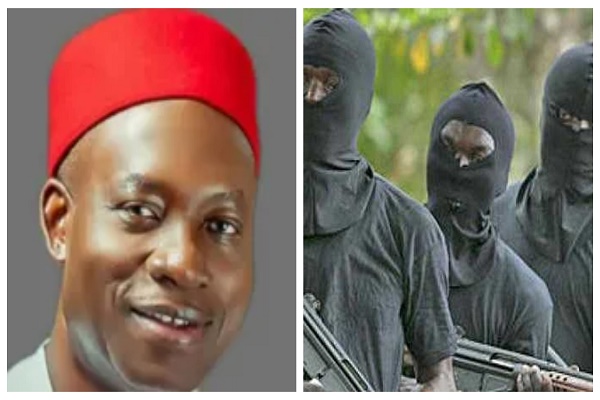 Some alleged Eastern Security Network (ESN) members have threatened to kill Anambra Governor Chukwuma Soludo in order to force him to resign.

They warned that if he decides to use the police and military to track them down, the state will become uncontrollable for him.

A voicemail obtained Track News from one of the leaders of ESN, who identified himself as ‘Okwute’ (Awka North and South Commander), threatened to continue killings in the state.

The ESN leader threatened to go to a medical doctor’s hospital and kill anyone there if he did not cooperate with them.

He claimed to have kept tabs on the doctor and his activities in town, and he stated that he did not support their Biafra project.

“Do you believe in Biafra?” he asks. How much have you invested in the project since we began? Some of you are undermining our efforts in Igboland.

“How much are you willing to pay to help us achieve our mission?” We’ll send you an account where you can pay N500,000 or forget about it.”

When the renowned doctor promised to deposit N20,000 into their account, the enraged ESN Commander threatened to close his hospital.

“Since Governor Soludo has promised to hunt us down with the Police and Army in this state, we’re going to make Anambra uninhabitable for him and force him to resign,” the voice said.

However, Anambra Police spokesman Ikenga Tochukwu, who was asked to listen to the voicemail, advised that it should be reported to any nearby station.

According to the PPRO, the report will allow the Command to conduct proper investigations.

After a nine-day siege, truck drivers leave the Enugu-Aba-PH expressway