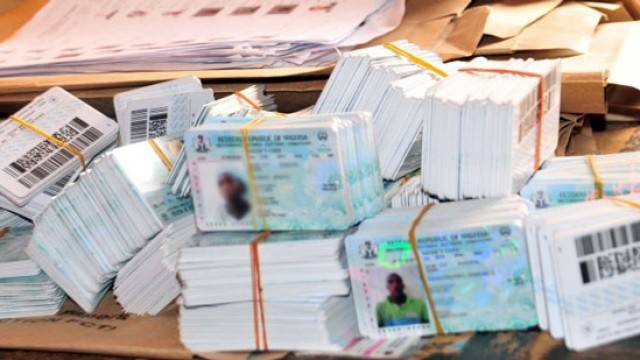 Until more efforts are made by all stakeholders millions of the 93.469 registered voters may not take part in the 2023 general elections.

Reason: They do not have the permanent voters cards, PVCs, needed to cast their ballots.

TrackNews Media checks across the country showed that millions of PVCs have not been collected and in many wards registrants are still having difficulties collecting the cards.

The exercise will now end on Sunday, January 29 instead of January 22 as earlier scheduled.

Since the collection of the prized cards started there have been complaints by citizens of difficulties in picking up the cards, which was worsened by alleged extortion by INEC officials and refusal to distribute the cards to non-indigenes in some wards.

Photographs of pregnant women, nursing women and the aged in crowded collection centres have been trending in the media

Acting on the issue, the INEC also vowed to punish any staff found to have extorted or discriminated against any registered voter in the issuance of the PVCs.

In Plateau, the collection of PVC remains unimpressive.

Agundu lamented the situation saying: “So far the level of collection is abysmally very poor and the attitude of the public towards the exercise is not encouraging especially in our collective quest for an inclusive and participatory election come February and March this year. Time is not on our side. If this trend continues and the lukewarm attitude is not checked we may have a situation where a large percentage of our people will not be participating in this election, especially with the present 2022 Electoral Act.

“Though the majority of the people across the state are conducting themselves orderly and responsibly at the various collections there are still few recorded cases of unruly behavior by some persons in certain places. We have also recorded a few cases of some persons attacking our issuing personnel in some places. We wish to condemn this aberration in the strongest terms possible and call on all of you to do the same…

“I wish to caution against the unfounded story going around that people coming to collect PVCs should not accept to sign or thumb print as evidence of their collection, that their signatures or thumbprint will be used to rig this election. This is wrong, false, and mischievous. There is nothing like that and it has no place in the present electoral arrangement that INEC has put in place. It is in the light of this that I wish to appeal to all stakeholders to always seek information from official sources in the Commission, rather than building stories based on assumptions and hearsay.”

Meanwhile, checks at some Registration Areas/Wards of the State show residents trickling in to collect their PVCs.

Speaking on the low response, a resident, Juliet Ishaku blamed the attitude of some INEC personnel who she said are discouraging people, lamenting that she spent over two hours and was told at the end of the day that her PVC was not ready while those of her neighbours who registered together with her given to them.

Speaking to journalists at a symposium organised by the Lagos State Commissioner of Police, CP, Abiodun Alabi, the Lagos Resident Electoral Commissioner, Mr Olusegun Agbaje, urged those registrants to collect their PVCs to do so and avoid “unnecessary late rush.”

On complaints of many residents in some parts of the state like Ikotun, and Okota on the difficulties they are facing in collecting the cards, Agbaje said: “If anybody is complaining probably they would be those that did double registration and their PVCs were not printed.”

Agbaje said the ongoing collection of PVCs in the wards would end on January 22, and revert to LGA offices till January 29, 2023.

According to the document:

Although the collection of PVCs has been going on with hitches in some areas of the state, only 1,506,336 PVCs have so far been collected, according to the INEC.

The state REC, Dr. Chukwuemeka Chukwu said before the ongoing PVCs distribution exercise commenced on December 12, 2022, there were 381,332 PVCs that were not collected by their owners in Enugu State.

Chukwu said they included 127,665 PVCs uncollected before 2019 general elections and before commencement of the continuous voter registration last year.

He disclosed that the last continuous voter registration exercise recorded 263,567 registrants in the state, bringing the total number of uncollected PVCs to 381,332 before the current distribution of PVC.

“We started this PVC distribution exercise on December 12, 2022 at local government offices of the INEC. On January 6, we moved down to the wards to ensure that people get the cards and we will leave the wards on January 22 and return back to the LGA offices of INEC to continue the distribution till January 29 when it will be concluded.

Complaints of slow process and late arrival of INEC staff trailed the on-going distribution of the PVCs in Abia State.

Registrants besieged the various collection centres waiting for the arrival of INEC staff who usually do not report to duty on time.

Dr Isaac Nkole from Ovukwu Abam Ward in Arochukwu Local Government Area told TrackNews Media that people who registered in the ward converge on the collection centre in the area as early as 8:00am but INEC staff sometimes arrive by 1:00pm, and leave by 4:00pm.

This, he regretted, stalls the process in the Ward with 18 polling units some of which have over 1,500 voters.

He said that the stakeholders had mobilized people to come for their PVCs but regretted that INEC left many people unattended to daily, adding that such development was frustrating the people.

It was a similar story at Amuzukwu Girls Secondary School, one of the collection centres in Umuahia North where there are also complaints of late arrival of INEC staff.

Traditional Prime Minister of Ibeku Ancient kingdom, High Chief Uche Akwukwuegbu, who lives in the neighborhood, told TrackNews Media that he keeps getting complaints of lateness of INEC staff from his subjects.

He said they had sensitised the people to go and pick their PVCs and urged the INEC not to frustrate the efforts of the stakeholders.

Pioneer Director General of the National Directorate of Employment, NDE, Chief Chuku Wachuku, also said there were complaints of late arrival of INEC staff at the various collection centres in his Mbawsi Ward in Isiala Ngwa North LGA.

He also said there were allegations of financial inducement by some political parties, and appealed to the electoral commission to ensure all those who registered collected their PVCs before the expiration of the new January 29 deadline for collection.

Contacted over the complaints, Head, INEC Voter Education and Publicity, Abia State, Mrs Rebecca Jim, said that deal with the surging crowd at various PVC collection centres had not been easy for the commission.

She commended the enthusiasm of Abia voters in coming for their PVCs and noted that the commission was making serious efforts to address the concerns raised and the challenges observed.

According to her, INEC has only two persons attached to each collection centre but she added that the Resident Electoral Commissioner had directed the Electoral Officers, EOs, at the various LGAs, to engage volunteers to help speed up the process.

She said that the REC pays the volunteers from his private pocket “just to ensure things move on fine”.

On the total number of PVCs so far collected in the state, Mrs Jim said it was not easy to be determined as the exercise is still on-going.

“We are making a lot of progress in Abia. In Umuahia North alone, over 2000 PVCs were collected yesterday (Thursday). Abians are doing wonderfully well in the collection of their PVCs.”

Impressive turnout of registrants in Kaduna

In Kaduna, there was an impressive turnout as registered voters trooped to the ward centres to collect their PVCs.

At Magajin Gari ward, Abdullahi Mohammed who collected his PVC, told TrackNews Media that the INEC staff were many and attended to people in good time.

On whether there were challenges during the exercise, an official of the INEC said the PVC collection was still going on and people were still coming out to collect the cards without any complaints so far.

Meanwhile, registrants are trooping to the ward centres to collect their cards.

In Cross River State, the INEC decried the low turn up of potential voters to pick up their PVCs stressing that it could lead to low voters turnout during the polls.

The Commission revealed that no fewer than 307,394 potential voters were yet to collect their PVCs in the state.

In a statement released Thursday, the Commission’s spokesperson, Mrs Tonia Nwobi, explained that 97,381 cards were produced for voters in Cross River in 2019 but only 8,045 PVCs were collected.

She added that of the 70,474 voters who transferred their voting points to Cross River, only 17, 824 persons collected their new cards leaving 52,650 cards uncollected.

In all, TrackNews Media gathered that out of the 330,862 persons who registered between 2019 till date only 93, 942 have so far collected their cards while only 17, 824 collected their PVCs out of the 70, 474 who transferred their voting points.

Mrs Nwobi appealed to political parties, CSO’s to collaborate with INEC in effective sensitisation of the electorates about the importance of collecting their PVCs.

In Oyo, the INEC decried the low turnout of registrants to collect their PVCs.

The Resident Electoral Commissioner, Dr. Adeniran Tella, while decrying the trend said that as of January 8, the number of uncollected PVCs was over 947,462, while new PVCs so far collected was over 110,035.

According to him, rather than go to the various wards as announced by INEC, the people were clamoring for the commission to take PVC distribution to the polling units.

“People are not coming out enough in spite of the sensitisation and intense awareness campaigns. The turnout is not encouraging at all,” he lamented.

Only 61,523 new PVCs collected in Katsina

In Katsina, INEC’s HOD Voters’ Education, Alhaji Shehu Saidu, disclosed that as of January 5, of the 275,089 fresh registrations only 61,523 PVCs had been collected, and 213,516 cards are yet to be collected.

No fewer than 386,010 PVCs are yet to be collected by their owners out of 2,072,092 voters cards received in the state, the Ondo INEC disclosed.

In Osun, out of the over 1.9 million registered voters, no fewer than 1,552,894 persons have collected their voter’s card while 402,763 PVCs are still waiting for collection.

The Public Relations Officer of the commission in Osun, Oluwaseun Osimosu said the commission expected more PVCs to be picked in the ongoing distribution exercise before the deadline ends on January 29.

In Akwa Ibom, eligible voters are still facing challenges in picking up their voters cards.

During visits to some of the ward centres in the state, it was observed that some registrants were asked to come on a later date as their cards were not yet available.

Also there are some who are still ignorant of exactly where to collect their PVCs, especially those residing in the Uyo metropolis.

In some of the centres visited in Delta State, the turnout for PVC collection is low while in others, there were long queues.

There were, however, complaints of the collection process being slow due to the few personnel on ground to attend to the people.

A dependable source in the commission revealed that of the

It was gathered that the number of reprinted and transferred PVCs was 155, 916 while the number collected was 119 598.

Advertisement
Related Topics:complaints as millions of PVCs await collection in statesHitches
Up Next