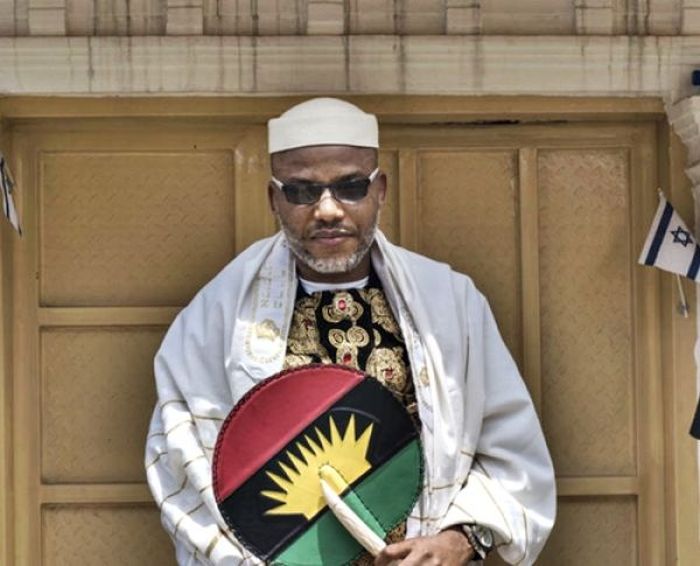 The leader of the Indigenous People of Biafra, IPOB, Nnamdi Kanu, has denied ordering any sit-at-home in the Southeast.

Kanu said rebels are enforcing the sit-at-home order in the Southeast.

He disclosed this during his routine meeting with his legal team led by his lead counsel, Ifeanyi Ejiofor, at the Department of State Services, DSS, facility in Abuja.

Kanu’s denial followed a five-day sit-at-home order by his self-acclaimed disciple based in Finland, Simon Ekpa.

A statement by Ejiofor said:

“Kanu unequivocally stated that he has not ordered any sit-at-home.

“He directs that all our people should go about their normal life and businesses without let or hindrance so as not to destroy the socio-economic life of our people, which have become the envy of all.

“Destructive activities of some hired marauders who are presently exploiting the temporary absence of Onyendu to cause untold mayhem, vandalism and calamity on our sacred ancestral lands were thoroughly discussed.

“Onyendu reiterated and emphasised his long-held position of distancing himself and his IPOB movement from the illegal and nefarious activities of these God-forsaken elements who mean no well for the Ndigbo and Alaigbo.”

IPOB had ordered the sit-at-home to push for Kanu’s release in the Southeast.

The group had ordered Mondays sit-at-home to agitate against Kanu’s continued detention.

The order was, however, taken over by miscreants using the situation to carry out nefarious attacks.

Some people were killed while properties were destroyed by some nefarious elements enforcing the sit-at-home order.