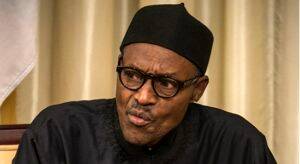 Buhari stated in an interview following his meeting with the 73-year-old monarch in London on Wednesday that King Charles III asked him if he had a house in the UK or not.

“When he (King Charles III) asked if I had a house here (in the UK), I told him no.” I live alone in Nigeria; the only houses I own are those I owned before I became a government official, and I am not interested in having houses all over the place. “When I have nothing, I feel much more free,” the President said.

Regarding the purpose of his visit to the revered monarch, Buhari stated that Nigeria is a large market and that it is only prudent to nurture the two countries’ business relationship.

“First and foremost, we were scheduled to meet with the King of Rwanda in Kigali, but the meeting was canceled.” He is very interested in Nigeria, perhaps because of Nigeria’s long relationship with Britain, our economic strength, I believe we still have a strong attachment to them,” he said.

Nigeria, formerly a British colony, gained independence on October 1, 1960, during Queen Elizabeth II’s reign, which ended in September 2022 at the age of 96.

Buhari stated that the current monarch “speaks very well of Nigeria and wishes the relationship to continue and, if possible, improve.”

“The majority of economic, Nigerian businessmen, and British men want to keep working together.” “Rather than allowing the relationship to deteriorate, let them ensure that it improves,” the President said.

The President stated that the planned redesign of the N1,000, N500, and N200 bank notes will not be rescinded, and that politicians will not be permitted to mobilize resources and thugs to intimidate voters in the 2023 general elections.

He also stated that the policy announced on October 26, 2022 by the Governor of the Central Bank of Nigeria (CBN), Godwin Emefiele, is permanent.

“There will be no going back,” said Buhari of the decision to redesign the three naira notes.

“My goal is to ensure that Nigerians believe we respect them as a government.”

“As a result, Nigerians should vote for whomever they want from any political party.” Nobody will be permitted to gather resources and thugs in order to intimidate people in any constituency. That is what I hope to be remembered for as a leader in Nigeria.”

Related Topics:I told King Charles III I don't have a home in the UK — Buhari
Up Next