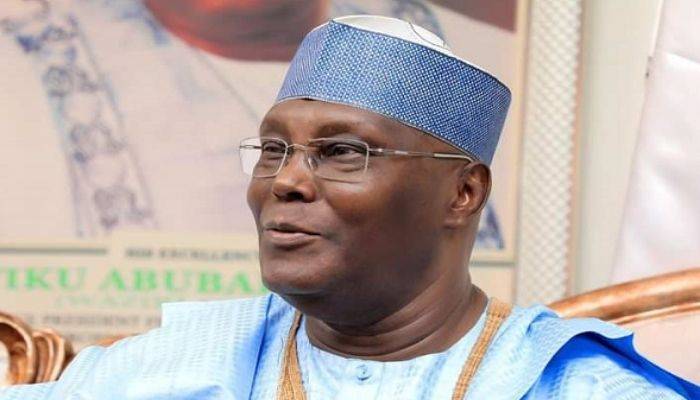 The Presidential candidate of the Peoples Democratic Party, Atiku Abubakar, has reiterated his commitment to tackling Nigeria’s insecurity, disunity and economic deprivation beginning from his first day in office, if elected President come 2023.

He made the pledge while addressing party supporters at the party’s presidential rally, in Osogbo, the Osun State Capital, on Wednesday.

The PDP candidate first expressed gratitude to the people of the state for voting in Ademola Adeleke, as Governor of the state.

He noted that that with Adeleke who is a PDP Governor at the state level and Atiku/Okowa as President/ Vice President at the Federal level, Osun State will witness unparalleled growth in all spheres.

Atiku said, “I have only come to thank you for what you have done you are a wonderful people for returning PDP to power in the last state elections.

“Our only objective is to make sure that the current challenges of insecurity, disunity, economic deprivation, lack of jobs for our young men and women and the future of this country through restructuring can be achieved and this I promise you I am going to start doing them from day one.

“It means empowering Osun State with more resources and authority with what is needs to be done. To provide the infrastructure needed for development, invest in education and healthcare in Osun State and bring about industrialization for the economic benefit of the people of Osun State.

“My brothers and sisters of Osun State I have came to a very thank you and I have urged you, I appeal to you, I plead with you to come out in greater numbers to than you did in the last state election and vote for the PDP in the next general election., that is the only way that you can secure your future and the future of your children.“

“We promise you, we will not fail you. We are not like APC because we have done it before we have got the experience we have got the people who have the capacity to bring about changes we are not new as far as governance is concerned in Nigeria.“

Also speaking at the event, his wife, Titi who is an indigene of the state, urged her kinsmen to vote for her husband whom she described as a compassionate and detribalized Nigerians.

She noted that Nigeria is now more divided than ever before but that with her husband as President, his first task will be to unify the country and return it to the path of growth.

“All of these are going to stop but it has to start with you people. If you give Atiku your votes come February 25, that is when it will be possible for Atiku to make you great.”

She appealed to voters in the state not to sell their conscience by selling their votes.

National Chairman of the PDP, Dr. Iyorchia Ayu, while addressing the gathering said the people the state enjoy a special position in his hear.

He said, “I am here to thank the people of Osun State for the honor they have to me as a person and the party as a whole.

“I am happy that some people who are misled, who mistakenly left the party for one reason or the other are coming back today. I hope every other person will follow their example and come back to the PDP.“

In his remarks, the Osun State Governor, Ademola Adeleke attested to Atiku’s credentials describing him as the best man for the job.

He said, “Our incoming president is a detribalized person. He loves everybody, no matter where you come from. That is why he is the best man to do this job. He is experienced.

“When you look at all the other presidential candidates, you will see that his experience is so enormous. When he was the vice president, He was one that controlled the economy. The economy was booming.

“In terms of security, he has promised us that insecurity will be a thing of the past. All these kidnappings will stop.“

Chairman of the PDP Presidential Campaign Council and Akwa Ibom State Governor, Udom Emmanuel, described Atiku as a candidate who has the wherewithal to rescue and restore Nigeria in order for the nation to take its pride of place at home and abroad.

He lamented that the All Progressives Congress which held sway at the federal and state levels had reduced Osun State to a shadow of its glorious past.

Udom said, “We expected that the economy that was built by our candidate and president Olusegun Obasanjo and PDP government would be sustained in Osun State by now industries would have been everywhere because industries are looking for power but today one of the messages we have for the people of Osun is that we will restore power in Osun.

“We will give you electricity in Osun you cannot only have high tension cable passing through your line and then you will not have light. We will rescue this economy, the youths you’ll be back, education will be restored, security will be restored, and the lost glory of Nigeria will be restored.”

Advertisement
Related Topics:disunityeconomic deprivation from day one – AtikuI’ll tackle insecurity
Up Next