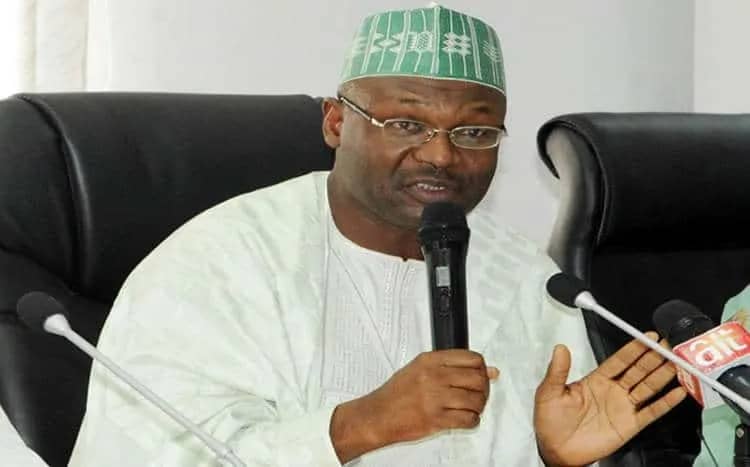 According to Track News, Yakubu told the House of Representatives Committee on Electoral Matters that if passed, the bill will help to ensure free, fair, and credible elections, just as the new Electoral Act 2022 as amended has.

The INEC chairman, who urged the legislature to pass the bill and submit it for assent before the end of the 9th National Assembly, also stated that if successful, it would be another significant contribution to our electoral process.

“Some of the progress referred to by the chairman of this committee owes a lot to the new Electoral Act,” Yakubu said. It has significantly strengthened our position. I also agree with what Honourable Sam Onuigbo said, as well as what Honourable Abonta said about Commissioner Festus Okoye’s participation on the technical committee for the last election. For the Electoral Offences Commission and Tribunal Bill, we have nominated the same person. I would like to thank you for that.

“By passing this bill, you have relieved the commission of one of the most difficult jobs assigned to the commission, and which we have not successfully implemented, namely the prosecution of electoral offenses.” We have taken another step toward ensuring free, fair, and credible elections by establishing the commission, primarily through the efforts of members – because it is a private bill, not an executive bill.

“I pray that the process will be completed, submitted for assent, and approved before the end of this Assembly’s tenure.” This will be yet another significant contribution to our democratic process. If you succeed, you will have accomplished what the Uwais recommendation did not accomplish, as well as what the Lemu Committee and the Nnamani Committee did not accomplish. As a result, we look forward to and express our gratitude to the National Assembly.”

He praised the National Assembly Committee on Electoral Matters for passing the Electoral Act 2022, calling it “the most progressive Electoral Act ever in the history of Nigerian elections.”

Aisha Dukku, Chairman of the Committee on Electoral Matters, congratulated INEC on the successful conduct of the governorship elections in Ekiti and Osun.

“Let me also take this opportunity to congratulate you on the successful conduct of the governorship elections in Ekiti and Osun states,” Dukku said.

Advertisement
Related Topics:INEC Chair Advocates For Electoral Offences Commission And Tribunal Bill Passage In 2023
Up Next