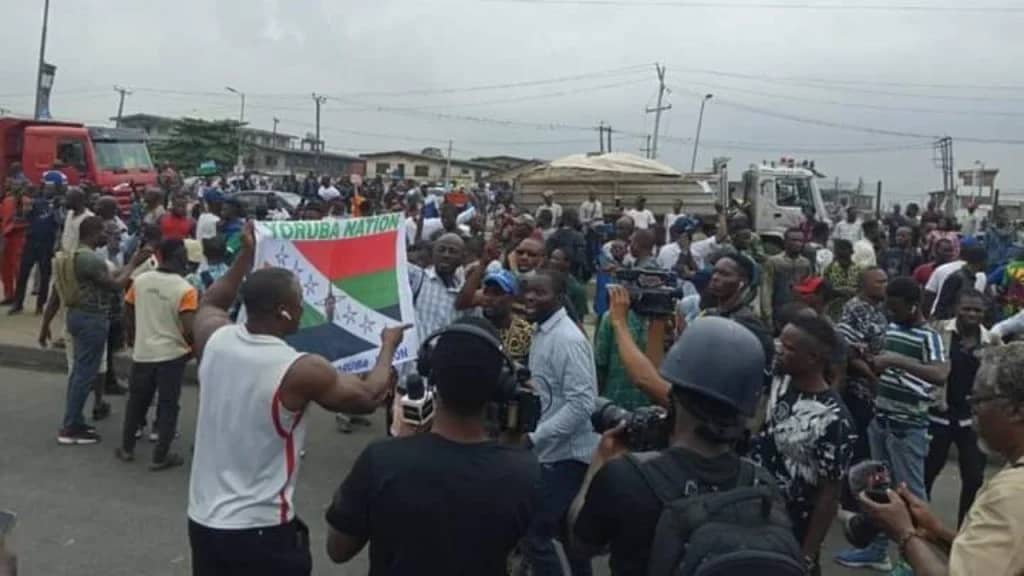 The recent attacks on two Independent National Electoral Commission (INEC) offices in two South-West states have sparked speculation among concerned residents who were shocked by the unexpected incidents.

An attack on the INEC office is strange and extremely unusual to indigenes and residents of the South-West.

Unknown individuals have set fire to many INEC offices in other parts of Nigeria, particularly in the South-East.

Many of the attacks were carried out by members of the Indigenous People of Biafra (IPOB). This is because the group has continued to advocate for an independent nation, refusing to participate in the 2023 elections.

Since the Tuesday fires in Osun and Ogun, some Nigerians have speculated that the perpetrators of the fires could be Yoruba Nation apologists, who have not stopped threatening that there will be no elections in Yorubaland in 2023.

Oodua Republic agitators, like their IPOB counterparts, have insisted on no elections.

Sunday Igboho, a self-styled Yoruba freedom fighter, and his spokesman, Olayomi Koiki, have insisted on no elections next year since 2021.

Despite the fact that Sunday Igboho has ‘lowered his voice’ since his ordeals in Benin Republic, he recently stated that there is no turning back on Yoruba Nation.