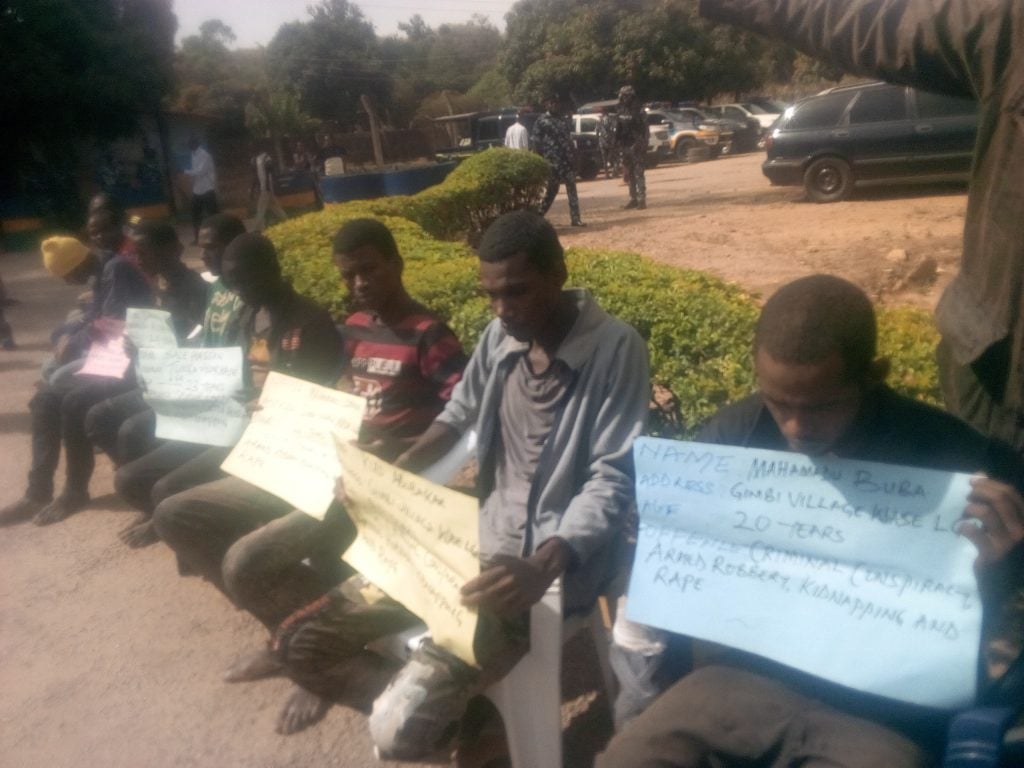 The Plateau State Police Command on Friday paraded 10 suspects for crimes ranging from kidnapping, unlawful possession of firearms and ammunition, railway vandals, culpable homicide and cattle rustling, among others.

Commissioner of Police in the State, Bartholomew Onyeka, stated while parading the suspects at the Command’s headquarters in Jos, warned that the state is no longer safe for criminals.

Onyeka said, “On the 11th October 2022, at about 20:10 hours while on routine patrol, Police Surveillance team led by the Divisional Police Officer, SP Guful Balmun alongside the Crack Team attached to ‘B’ Division of the Command sighted some unknown gunmen who criminally barricaded the road before St Augustine College Du, Jos South LGA. On sighting the Police, the gunmen opened fire on them but the intrepid police operatives struck and gunned down one of the suspects while others fled with various degree injuries. Exhibits recovered from the suspect include one AK47 rifle with rifle no. AE 353550 and eight (8) rounds of AK47 live ammunition.

“Efforts are on top gear to apprehend other members of the gang as an investigation is still in progress”, maintained.