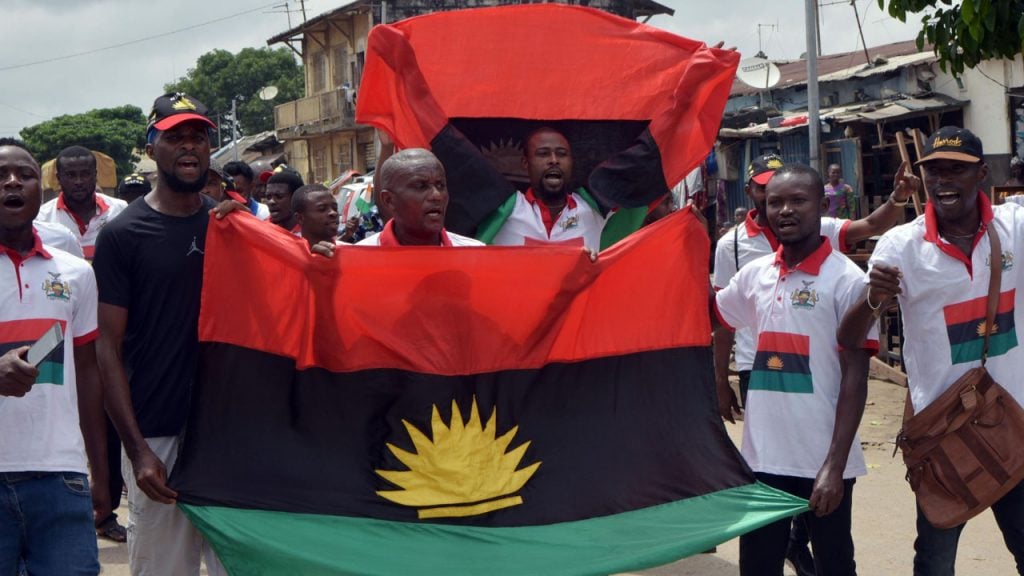 The Indigenous People of Biafra (IPOB) are accused of kidnapping a member of the military.

According to PRNigeria, the captive, identified as OSF Ibrahim, is a Nigerian Navy rating.

The incident occurred on a road in Anambra State late Sunday.

Ibrahim was returning to Port Harcourt, the capital of Rivers State, after visiting his ailing mother.

The Navy officer is assigned to the Nigerian Navy Primary School in Borokiri.

According to a military source, Ibrahim was granted compassionate leave to visit his ailing mother.

“The vehicle was stopped by members of the IPOB/ESN.”

“They (occupants) were questioned, and their luggage was searched.”

Ibrahim’s bag contained a new camo and a pair of boots, according to the officer.

His phone was also searched, and photos of him in uniform were discovered.

The vehicle was stopped after a fault that had caused the trip to be delayed.

Commodore Adedotun Ayo-Vaughan, a Navy spokesperson, confirmed that a search for Ibrahim had begun.

The operation is being carried out in collaboration with the Department of State Services.

Every Monday, the IPOB sit-at-home order is still enforced in many parts of the South-East region.

Such places are mostly deserted as of Sunday night, with those who stay indoors.

Wike Welcomes Oshiomhole To Rivers Ahead Of Project Inauguration