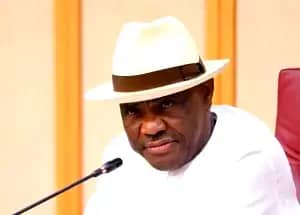 GOVERNOR Nyesom Wike of Rivers State has expressed satisfaction with his administration’s steadfast support for improving the judiciary’s ability to carry out its constitutional mandate.

Wike said yesterday at the 2022/23 Legal Year opening ceremony in Port Harcourt that all promises made by his administration regarding the judiciary had been fulfilled in impressive achievements that exceeded many people’s expectations.

“The state High Court had no Chief Judge, leadership, or direction for nearly two years,” the governor noted upon taking office in 2015. The governor then tried to impose a Chief Judge on the state without following due process. When this devious plan was foiled, he instigated a phantom crisis and shut down the state courts until he resigned.

“We knew that without functional courts to uphold and defend the rule of law, the ensuing social and economic anarchy would ruin Rivers State.” Aside from the crisis, we inherited an underfunded judiciary, dilapidated and inadequate courthouses, and unpaid salary arrears.

“Our first task was to resurrect the judiciary and ensure that justice was administered quickly.” We appointed the state’s first female Chief Judge, reopened the courts, and restored judicial services on our first day in office.”

Wike stated that prior to his administration, judges in the state faced the challenge of a lack of a retirement home, and that his administration believed it was morally wrong for the state to evict judges from their official quarters and force them to live in rented apartments after they retired.

“We then enacted the Judicial Officers Housing Scheme Law and assumed responsibility for providing permanent residences for Rivers State judges, including those serving in federal jurisdictions.”

“We have since implemented this law by providing our judges with 4-bedroom duplexes with appurtenances such as security and regular electricity at the Chinwe Aguma judicial estate.” Those who chose not to live in the estate were given an equivalent monetary value to build or buy comparable houses.”

Advertisement
Related Topics:I've kept my promises to the judiciary —Wike
Up Next