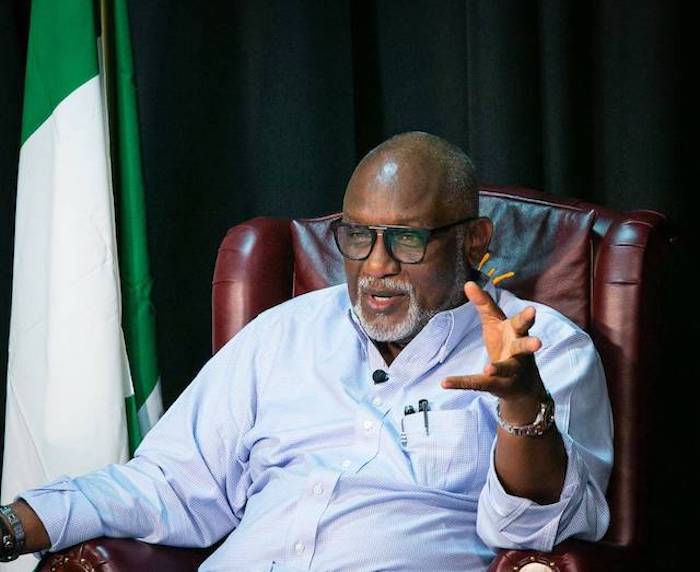 Ondo State Government on Tuesday commented on the growing anxiety about the health of Governor Rotimi Akeredolu.

The administration said it was constrained to respond to the concerns and assure people “that by the grace of God, there is no cause for alarm”.

A statement by Chief Press Secretary to the Governor, Richard Olatunde like every other person, Akeredolu had a health challenge but has received treatment and is recuperating speedily.

The spokesperson said his principal is not a superhuman and the immunity his office enjoys does not extend to physical wellness or otherwise.

Olatunde noted that contrary to speculations, the governor though frail, is discharging his official functions and not faced with any life-threatening illness.

The government listed his recent engagements including last week’s Executive Council meeting and Security Council meeting where decisions were taken on the escalated clashes in Ikare-Akoko.

“The Governor, who participated in rigorous campaign activities on the 7th of January, couldn’t have been bedridden as widely speculated.

“Last Friday, Governor Akeredolu still inaugurated a new Refrigerated Van for the use of Meat Dealers in the State. He also received the Melvin Jones Award of the Lions Club International same day.”

Appreciating the outpour of prayers even beyond partisan lines, Olatunde urged all persons of goodwill to ignore unfounded insinuations capable of creating any false sense of needless anxiety.

The statement followed the leaked audio where Akeredolu’s wife alerted that her husband is on a sick bed after eating a “concoction” allegedly from a female aide, Bunmi Ademosun.

She accused the Special Adviser on Multilateral and Inter-Governmental Affairs of “sneaking” to give her husband the local herb.

In the audio heard by the Ondo First Lady strongly warned the SA to stay away from her husband or face her wrath.

“Peradventure, if anything happens to Aketi. Lucky (Aiyedatiwa – incumbent deputy) takes over. It’s a constitutional thing but not for you to be scheming.”

“I warned Aketi from day one that this woman is evil and not good. And it’s happening. She has nothing good. I’m warning her for the very last time to stay away from my husband.

“I will deal with you mercilessly. You’ll never forget in your life. You are a very terrible human being. Go away and enjoy your loot”,