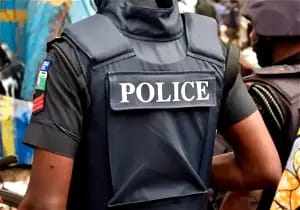 According to the Kaduna State Police Command, from January to December 2022, its operatives arrested 780 suspects in connection with various types of crimes, with a total of 116 convicted.

The state Commissioner of Police, CP Yekini A. Ayoku, said the Command also spoke at a press conference for the end of the year 2022 in Kaduna on Wednesday.

206 kidnapped victims were rescued during this time period, and 49 rifles and 1,359 rounds of live ammunition were recovered.

He stated that they recovered 17 bandits’ operational motorcycles, killed 21 bandits, and recovered 1,446 rustled livestock across the state.

The Commissioner of Police, Kaduna State, stated that upon taking office as Commissioner of Police, Kaduna State on 8th April, 2022, following the incident of train attack on 28th March, 2022 between Dutse Village – Rijana along Abuja – Kaduna rail track and the earlier security breach within the Kaduna International Airport general area, there was an urgent need for commuter/road users, particularly along Kaduna – Abuja expressway in the absence of

“With these challenges met on the ground, there was no time to waste, and I had to immediately and swiftly review and rejig existing architecture, crime map the state, re-strategize and mobilize all operational, tactical, and intelligence resources, and deploy same massively aware of the crimes prevalent in the various areas of the State.”

“For obvious reasons as stated earlier, Abuja – Kaduna highway was prioritsied with heavy motorised and static patrols complemented by military backup and aerial patrol and surveillance from the Force Headquarters. The goal was to keep the road open and safe for travelers because it was the only major route connecting Abuja and the southern part of the country to Kaduna and other northwestern states at the time.”

He stated that the goal was met because the Command was able to minimize any type of security breach/threat on the highway during the review period due to the stated upgrade in visibility policing and prompt response to distress calls.

He stated that in addition to preventing attacks and ensuring the safety of all major connecting highways, the command’s inner city patrols and crime prevention and control operations aimed at combating criminal activities within the various cities and communities had been increased.

According to him, the state’s seven Area Commands and 61 divisions have been specifically tasked with leveraging the Community Policing Strategy by strengthening the Police-Community Partnership in carrying out their constitutional mandate of ensuring public safety and security in their respective areas of responsibility.

“The combined effects of the measures listed above have led to the Command recording remarkable achievements in its fight against crimes such as armed robbery/banditry, kidnapping, and cattle rustling, among others,” he said.

He stated that as campaigns for the 2023 elections have begun, the Police Command has been keeping tabs on and closely monitoring political activities.

“I have had 2 engagement meetings with stakeholders in the political process towards ensuring seamless, peaceful and hitch-free electioneering activities in the State. Throughout these engagements, political actors were reminded in unequivocal terms that the political game must be played strictly by the rules. The importance of political parties, office seekers, and their supporters adhering to the provisions of the Electoral Act 2022 and INEC guidelines was reiterated.”

“Let me take this opportunity to reiterate my warnings to our politicians to avoid actions and conduct that are contrary to the existing laws governing the electoral process, as no one will be spared in our determination to enforce the laws,” he said.

Senate is in confusion over the CBN N23.7 trillion loan to the FG