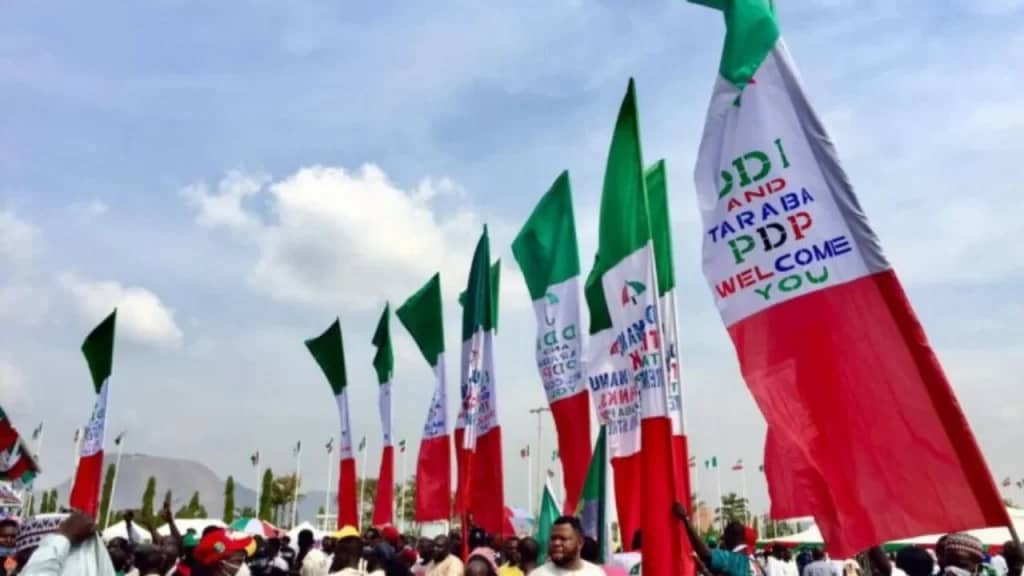 The Zonal Secretary of the New Nigerian Peoples Party, NNPP, and member of the presidential council of Senator Rabiu Kwankwaso, Babayo Liman, alongside 17 local government executives, have defected to the Peoples Democratic Party, PDP, in Yobe State.

Liman announced this at a media briefing held at NUJ Secretariat in Damaturu.

The ex-zonal scribe told newsmen that he was resigning his appointment and joining PDP in support of its presidential candidate, Alhaji Atiku Abubakar.

According to him, five national executives of the NNPP have also defected to PDP in the northeast.

“Those who defected to PDP are: Alhaji Shehu Barau, National treasurer from Bauchi; Hajiya Halima Tafawa Balewa, National zonal women leader as well as public relations officer of the zone under NNPP and Ibrahim Tal, the national zonal secretary of the party”, he said.

Liman claimed that NNPP lacks a vibrant party structure to confront the upcoming general elections as well as numerous internal crises at state chapters of the party were some of the reasons leading to his defection.

“NNPP has no structure at all. What are they going to bring to Nigerians? The party (NNPP) had a problem in Bauchi State which lasted for more than five months without resolution

2023: Naja’atu sacked for being mole in my team, she didn’t resign – Tinubu