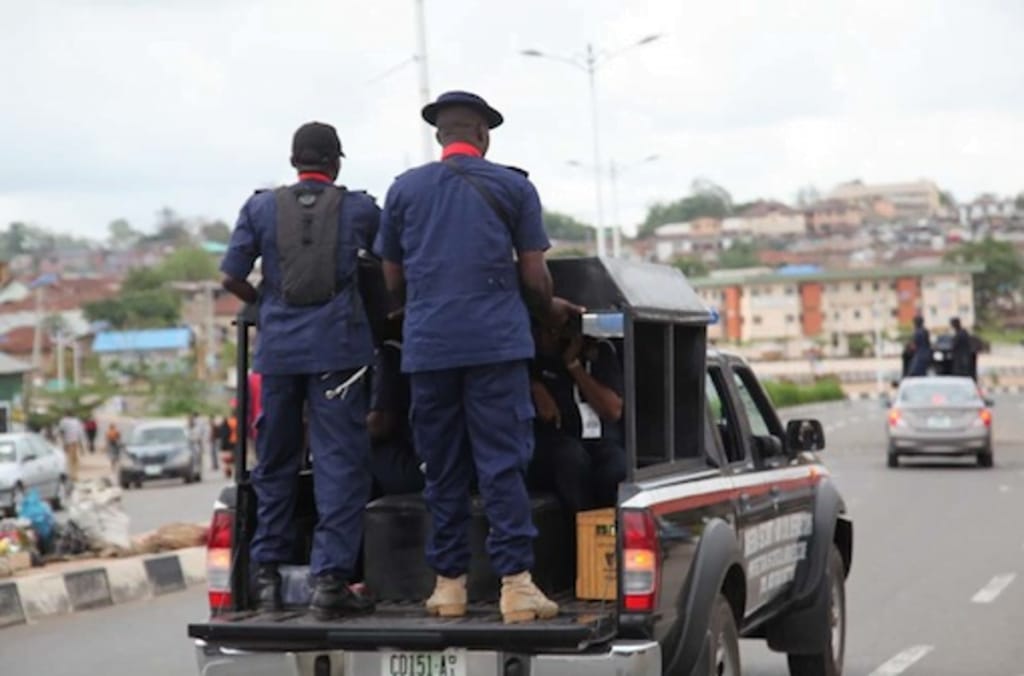 The Kwara State Command of the Nigerian Security and Civil Defence Corps, NSCDC, has arrested a 47-year-old suspect, Ganiyu Yusuf over alleged rape and robbery.

The arrest is coming six months after the alleged crime was committed by the suspect according to the spokesman of the Corps, Ayeni Olasunkanmi in a statement in Ilorin on Thursday.

He said, “a case of robbery and rape was reported at the NSCD Kwara State Command headquarters, Ilorin on the 1st June 2022.”

Ayeni disclosed that the Command commenced a serious search for the suspect after the incident was reported and fortunately, the suspect was eventually tracked down at Mokwa, Niger state on January 5, 2023.

“The suspect, Ganiyu Yusuf, 47 years old, a native of Abeokuta, Ogun State confessed that he broke into the house on that fateful day through the roof.

” After gaining access to the house at the Oloje area in Ilorin, he overpowered the woman who was alone with her 2 years old baby in the house. He raped the woman in the presence of her two year old daughter and went away with two laptops and two android phones belonging to the victim,” the spokesman further revealed.

He said the Command is still searching for the buyers of the exhibits.

The state Commandant, Mallam Muhammed Tukur Ibrahim, has appealed to the general public to be conscious of what they buy at any time.

The suspect will be charged to court for prosecution immediately