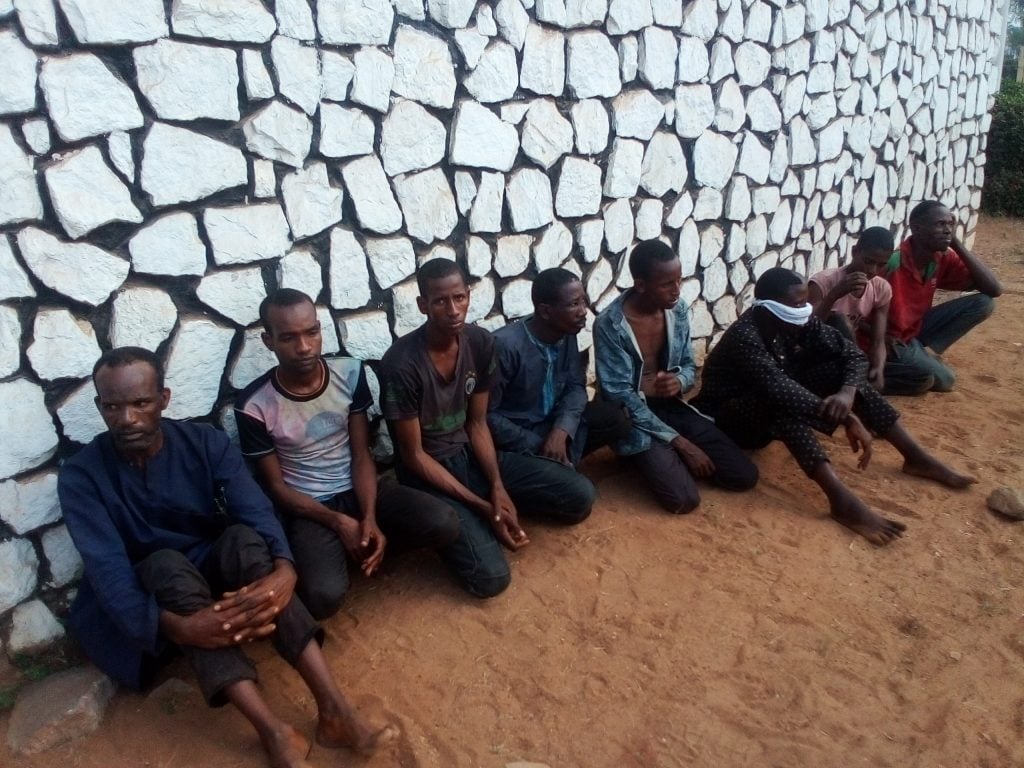 The Kwara State Police Command, on Sunday neutralized three suspected kidnappers and arrested nine others in a major crackdown on kidnapping activities and harvest of kidnap suspects.The neutralized persons were identified as Bala Idris, Hasan Idris, and Baso Idris, while three locally made guns and ten cartridges were recovered after an exchange of gunfire with the police, Vigilantes and local hunters.Two other suspects belonging to the neutralized persons gang, Lagi Bala and Iliasu Idris, were however arrested.At a press briefing in Ilorin on Monday, state Commissioner of Police, Paul Odama, disclosed that“On the 22/1/2023 at about 0900HRS an intelligence available to the Divisional Police Officer, Bode Sadu to the effect that suspected kidnappers were in the bush along Balogun area, Bode Saadu in preparation to strike.“The DPO Mobilized Vigilantes, hunters and police men, stormed the bush and they engaged the kidnappers, during exchange of gun-fire, three of the kidnappers were neutralized while two suspects Lagi Bala “M” and Iliasu Idris “M” were arrested with 3 locally made guns.”The police Commissioner said the arrested suspects confessed to be kidnappers and cattle rustlers. They also confessed to be responsible for the series of kidnapping cases in Malete and Shao area of Kwara State.Investigation is ongoing to arrest the remaining members of the kidnapping gang, while the two arrested suspects would be charged to court as soon as investigation is concluded, he added.Similarly, according to the police boss, “on 21/1/2023 at about 1400HRS, the divisional police officer of Eiyenkorin Division, in collaboration with vigilante and local hunters in carrying out the directive of the commissioner of police regarding a zero tolerance for kidnapping, stormed the Eyenkorin thick forest to search the hide-outs of kidnappers