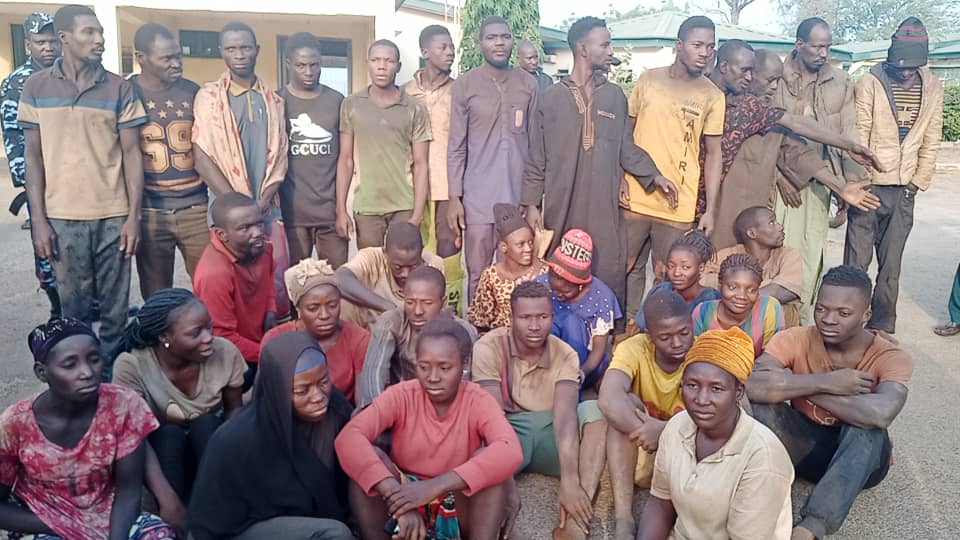 The Nasarawa State Police Command has rescued 30 kidnap victims held hostage by their abductors in the Sardauna Forest of Toto Local Government Area of the state.

A statement issued and made available to Track News on Friday by the command’s spokesperson, DSP Ramhan Nansel, said the operation followed credible information that the criminal elements were camping in the forest.

According to the PPRO, upon receiving the information, operatives of the command, in collaboration with the Miyetti Allah Vigilante Group in the local government, engaged the assailants in the forest.

He said the kidnappers, upon sighting the operatives, dispersed into deep forest leading to the rescue of the 30 victims.

The statement reads, “On 12/1/2023, information was received that suspected kidnappers were sighted at Sardauna Forest of Toto LGA, Nasarawa State, where they held victims hostage.

“In reaction to the unwholesome development, a joint operation was carried out by operatives of the Command in collaboration with Miyetti Allah Vigilante Group of Toto Local Government Area.

“The kidnappers were, however, trailed to their enclave at Sardauna Forest; on sighting the operatives, the criminals dispersed in disarray deep into the forest.

“Consequently, thirty (30) kidnapped victims comprising 20 males and 10 females were rescued unhurt and taken to the hospital for medical examination and shall be reunited with their family after debriefing.

“The Commissioner of Police has ordered continuous combing of the Forest and applauded the courageous effort of the police operatives and Miyetti Allah Vigilante Group for a job well done.